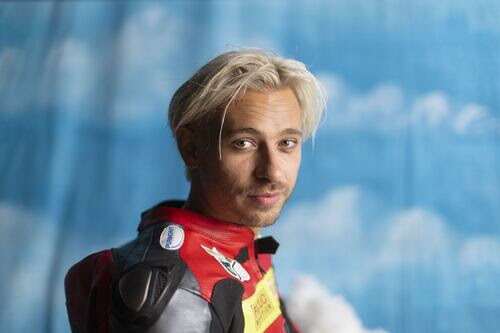 Haeley Streten AKA: Flume brought out Damon Albarn during his set at Coachella this past weekend, today, he has surprised released their collaborative track, “Palaces,” now available Transgressive/Future Classic. Along with the news, Flume has confirmed additional North American dates for the Flume World Tour —see full routing below. The U.S. run kicks off in April with stops in Chicago, Washington, D.C., Philadelphia and two sold-out nights at Red Rocks in addition to lineup-topping sets at several festivals, and a U.K. and Europe run this summer includes stops in London, Berlin and Paris and festival appearances at Pohoda Festival, Dour Festival and Super Bock Super Rock. Supporting acts include Floating Points, Channel Tres, Tinashe, Magdalena Bay and more.

The new tracks follow “Say Nothing” featuring MAY-A, released in February, and “Sirens” featuring Caroline Polachek and co-written and co-produced with Danny L Harle. The album features further appearances from a host of vocalists and collaborators from around the world, including Spain’s Virgen Maria, France’s Oklou, British singer LAUREL and more.

Palaces began to take shape when Flume returned to his native Australia after struggling to write music in Los Angeles at the beginning of the pandemic. He settled in a coastal town in the Northern Rivers region of New South Wales and soon found inspiration through reconnecting with the nature around him—the rolling hills, walking around barefoot, the green color the sky turns before a big storm, growing and eating his own vegetables, the smell of rain. He and his neighbor and longtime collaborator, the visual artist Jonathan Zawada, became fascinated by the local wildlife, in particular the birds, collecting field recordings that ended up on the album. With a title that properly highlights the luxury and magic of the natural world, Palaces is Flume’s most confident, mature and uncompromising work to date, a true testament to nurturing the relationships that make us whole and bring us peace.