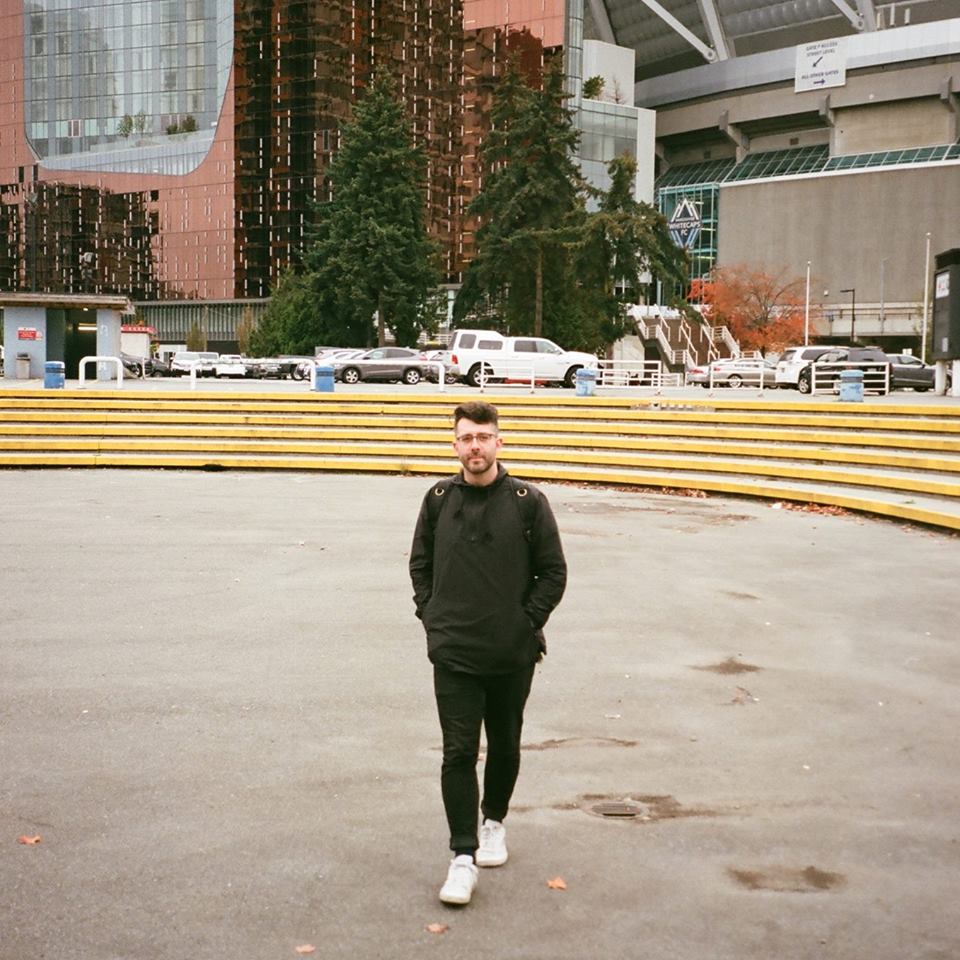 Mesa Luna AKA: Justice McLellan recently released “Feel Nothing,” the lead-single, which is off Mesa Luna’s debut full-length Lash, due for release on March 22nd via Afterlife Music ltd. Lash was recorded at Jacknife Sound in Vancouver BC with producer Jason Corbett from ACTORS. The song and album was produced by McLellan and Jason Corbett from ACTORS at Jacknife Sound. Kenny from White Lung played synths, Elle and Avery from Harlequin Gold did backup vocals and Adam Fink from ACTORS, Art D’ecco and Blue J played drums.

Mesa Luna on “Feel Nothing”:

The song is about a person who’s relationship is in a repetitive rut and they’re trying to communicate to their partner “let’s get away from this together”. The opening line of the song “If you feel nothing when you hold me in your arms/ I wouldn’t ask for you to lie” sets the honest tone of a very late night conversation and leads up to the romantic chorus and idea of escaping “let’s leave this town/ grab your bags and lets go/ the suns coming out”. It’s the single from Mesa Luna’s debut LP ‘Lash’ out 03/22/2019 on Afterlife Music ltd. It was just premiered on Canada’s national music outlet Exclaim!

﻿If you feel nothing when you hold me in your arms/

I wouldn’t ask for you to lie/

I can’t pretend I didn’t try/

Grab your bag and let’s go/

The sun’s coming out/

If you still need me/ I’m at fault/

I’m keeping track of what i’ve got/

Grab your bag and let’s go/

The sun’s coming out/

‘Feel Nothing’ will be available on all streaming services Friday November 9th.

Mesa Luna is the dream-pop, shoegaze production project of Vancouver multi-instrumentalist, songwriter and producer, Justice McLellan. Over the course of the past year he worked with Jason Corbett (ACTORS) to craft a hazy LP of warbly synths, blissed out guitars and cathartic songs at Jacknife Sound. The records circles around the complexities of disassociation and trauma.

Justice comments “If a photograph was taken with a slow shutter speed and you moved your body, there would be this Russian doll, ghostly effect created with your movement. I imagine trauma does something similar thing to someones personality. The more uncomfortable, the farther the ghost you would occupy creating distance between yourself and the present. My personal goal making this record was to ground myself, see myself in focus and work past that oscillating mode by confronting certain aspects of my childhood.”.

After releasing a well received EP this year with Blue J, singles in his other bands Harlequin Gold and finishing his debut studio album as Mesa Luna; Justice proves himself to be a creative force and artist to keep an eye on in 2019.