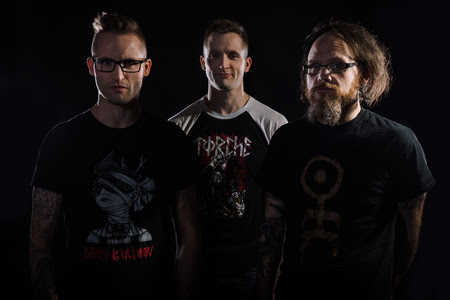 “Feathers & Lips” follows the release of Ken Mode’s first single “Doesn’t Feel Pain Like He Should” and its companion video. The track is of Ken Mode’s forthcoming release Loved, out August 31st via New Damage Records.

“I’ve never understood why so many of the most aggressive and extreme/cruel political figures are also the least likely candidates to win in an actual fight. This isn’t exclusive to either side of the spectrum. There’s a hole in these people that is being filled with being a dick to and/or trying to control other humans with some of the most irrational bullshit. And their voices are always the ones being heard, because they tend to be yelling the loudest…”

Loved represents yet another pivot point in the group’s sound. Moving away from the indie/noise, punk focused tracks on their last LP Success, Loved sees the band delving deeper and darker than ever before, resulting in what may be the group’s quintessential statement of violence and despair made sonic.

Drawing from not only the desperate noise and industrial sonics of the 80’s and 90’s, on Loved, KEN mode has mixed in the decidedly more extreme tone and presence of death and black metal, expertly captured by producer Andrew Schneider’s (Unsane, Cave In, Daughters) sick vision of noise and girth.

In support of Loved, KEN mode has announced some shows in September with Hamilton noise sludge legends Shallow North Dakota. The band will play a hometown show on September 28th at The Good Will Social Club, followed by shows in Saskatoon and Calgary.

But burnout was inevitable, and in 2016 the band took a step back to regroup: core members, Shane and Jesse, formed their own music business management services company, MKM Management Services, while bassist Scott Hamilton released records with his other bands Adolyne and Greylight District. In 2017 the band began writing with a newfound focus and desire, in the most collaborative effort they have ever put together. 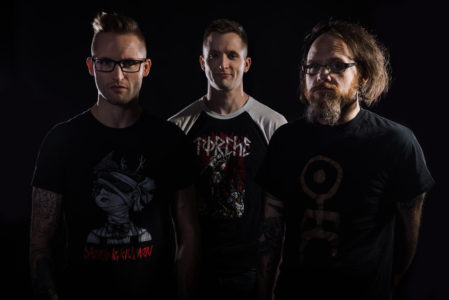 “Learning To Be Too Cold” Ken Mode 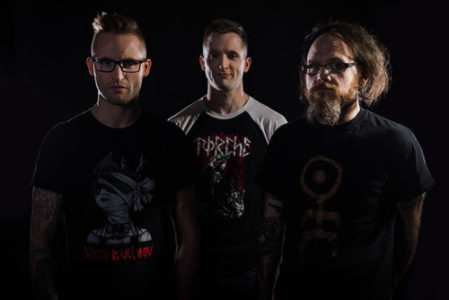