Fantastic Negrito "The Suit That Won't Come Off"
TwitterPinterestPocketRedditFacebookEmail

Shot on location at the Swiss Pavilion at the Venice Architecture Biennale, “The Suit That Won’t Come Off” was directed by acclaimed 18-year-old filmmaker Freddy Macdonald – his third collaboration with Fantastic Negrito following “The Duffler” (shot on location at the Baden Blues Festival in Switzerland) and “A Boy Named Andrew” (filmed at various locations in Milan, Italy). In addition, “The Suit That Won’t Come Off” further showcases the work of dancer Odil Gerfaut and choreographer Angele Carole Chappuis, both of whom are visually handicapped.

“Our freedom comes when we face our fear,” says Fantastic Negrito. “It comes when we embrace and celebrate what makes us unique. We grew up feeling like outsiders; a lost tribe. Sometimes isolated or ashamed about what was unique about us. We could not fit into society’s repressed fantasies of how the world should look, how it should be. This song is for everyone that ever felt left out, not good enough, imperfect, ridiculed for being different a freak. I am you, you are me, we are we — A tribe with love in our hearts.”

“The Suit That Won’t Come Off” is another song off of Fantastic Negrito’s album, PLEASE DON’T BE DEAD. The expanded edition of the 2018 LP Is available now for streaming and download via Cooking Vinyl and Blackball Universe.

Along with “The Suit That Won’t Come Off,” PLEASE DON’T BE DEAD includes the singles, “Plastic Hamburgers,” “A Boy Named Andrew,” and “The Duffler,” the latter of which earned fulsome praise from Rolling Stone: “With its greasy guitar stomp and falsetto vocal delivery, ‘The Duffler’ fills the middle ground between modern protest music for the political rally and sweaty, sexed-up baby-making music for the bedroom.”

Fantastic Negrito is currently in the midst of a truly epic world tour, with dates scheduled through the fall. Highlights include appearances in his hometown of Oakland, CA’s Art + Soul Oakland (July 28), Chicago, IL’s Lollapalooza (August 1-4), and Atlanta, GA’s AFROPUNK (October 13), along with a range of international festival sets, headline dates, and a sold out show supporting Sting, set for September 2 at Taos, NM’s Kit Carson Park. For complete details and ticket information, please visit fantasticnegrito.com/pages/tour.

Fantastic Negrito has spent much of the past two years on the road,including a series on North American and European tours supporting his great fan, the late Chris Cornell, as well as Cornell’s legendary supergroup Temple of the Dog, PLEASE DON’T BE DEAD release event, at San Francisco’s historic Fillmore), dates supporting Sturgill Simpson, sets at such festivals as Arroyo Seco Weekend, Newport Folk Festival, and AFROPUNK FEST, and more. 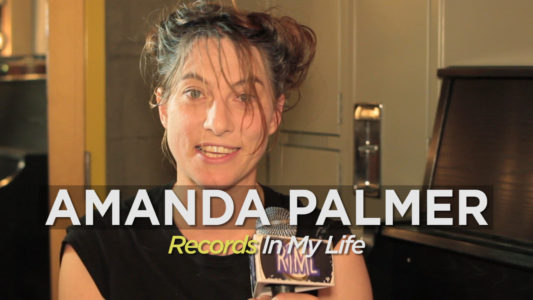 Amanda Palmer Guests on ‘Records In My Life’