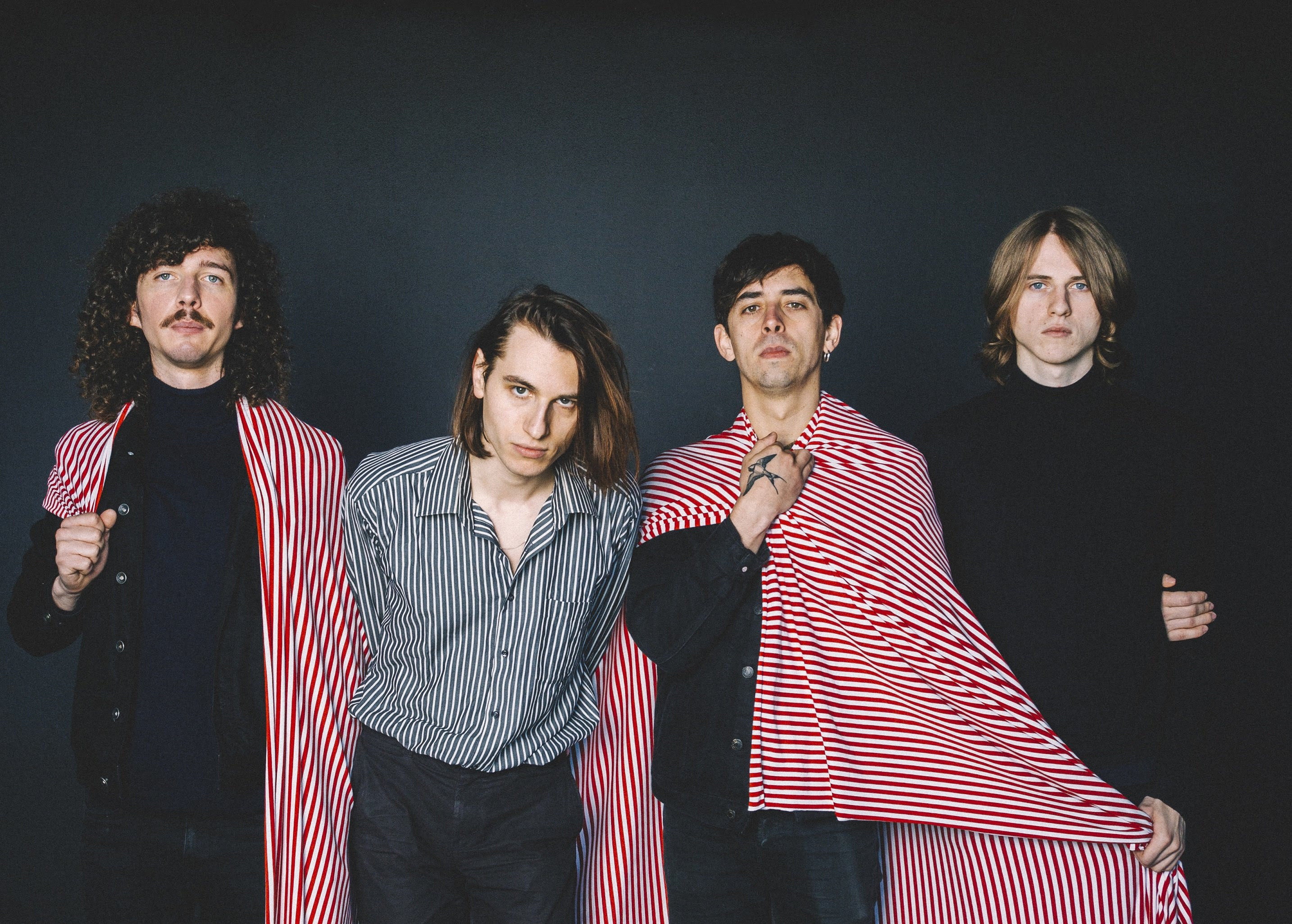 French band Mnnqns have released their new single “Fall Down”, Vocalist Adrian D’Epinay on the track: “The lyrics are inspired by a 60s Italian movie that I saw as a child and whose name I’ve forgotten. It was a simple love story/road movie that ends up with the character abruptly falling off a cliff while driving. That was the first time I was confronted with a story that didn’t have a happy ending so it stuck in my head for years. If anyone knows what film it is please let me know! Mnnqns’ debut album Body Negative comes out October 11th via FatCat Records.

The band all met in their hometown of Rouen in France, united by a love of post-punk and going to the pub. However D’Epinay also spent some time in Cardiff when he went to study there, throwing himself into the local music and gig scene. This time opened him up to a wider variety of music, as well as impacting on his songwriting.

This unusual hybrid exploration of French and Welsh culture is one of the elements that makes MNNQNS so unique and their music so intent to eschew lazy categorisation. “Many of the things I like in music now come from bands I saw there at that time,” D’Epinay says of his time in Wales. “There were many psych and pop bands, experimental acts, and weird punk music. It impacted on me both musically and visually. I found myself much more at home in Wales than in France. I also learned to enjoy writing alone at that time, which was something new for me.”