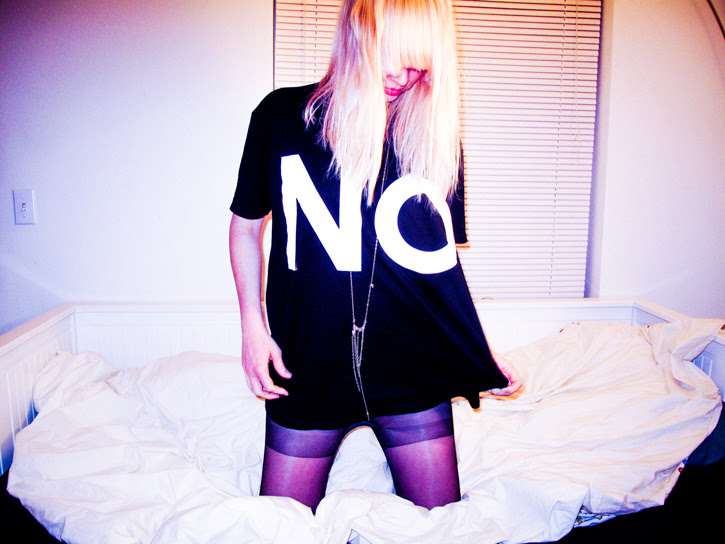 EMA has released a video for her new song “Breathalyzer.” The track is off her forthcoming Exile In The Outer Ring. Watch the Alicia Gordon-directed clip, which “adds another ominous layer” to the track. EMA also announced a European tour including a headlining show at London’s Oslo on October 3rd. More dates will soon be announced.

“The story in ‘Breathalyzer’ is very much an Outer Ring story. It’s about kids getting f-cked up in the back of a mid level sedan and driving through suburban landscapes,” says EMA (née Erika M. Anderson). “I especially wanted to present a non-moralizing view of a woman deciding to take drugs. In most media representations, if a woman decides to take a substance she usually loses control and something bad happens. She is punished for her choices. I wanted to acknowledge that possibility of danger, but in the end she is her own judge as she confronts herself in the mirror while tripping heavily. The actors, Michael and Bianca, were in a band together before this called Bruxa so they already had a chemistry together. I think they did a great job, I love just staring at Bianca’s face. The director, Alicia, worked it out so that almost everything was done in-camera with lenses and lighting. At first I was envisioning a more ‘trippy’ video, but now I think it’s cool not to have those sort of instagram-y fx and filters all over everything. It feels more real and less manipulative.”

“To create a visual component for EMA’s indelible song, ‘Breathalyzer,’ it was crucial to establish the vibe,” adds Alicia Gordon. “By utilizing vague human interactions, sexual nuances and subversive body language the rest of the narrative is left to individual viewers’ devices. It was important to me to maintain a fairly high level of in-camera purity with lighting and lenses rather than rely on excessive filters and post production. Thus illustrating one woman’s chosen escape from reality and how it existentially functions beyond her experience.”

The album, co-produced with Jacob Portrait of Unknown Mortal Orchestra, recalls EMA’s roots in the noise-folk outfit Gowns, whose 2007 album Red State prefigured many of Exile’s core themes, along with its mix of stripped-back folk (“Always Bleeds,” originally a Gowns song), spoken word (“Where the Darkness Began”) and noise epics (“Breathalyzer”).