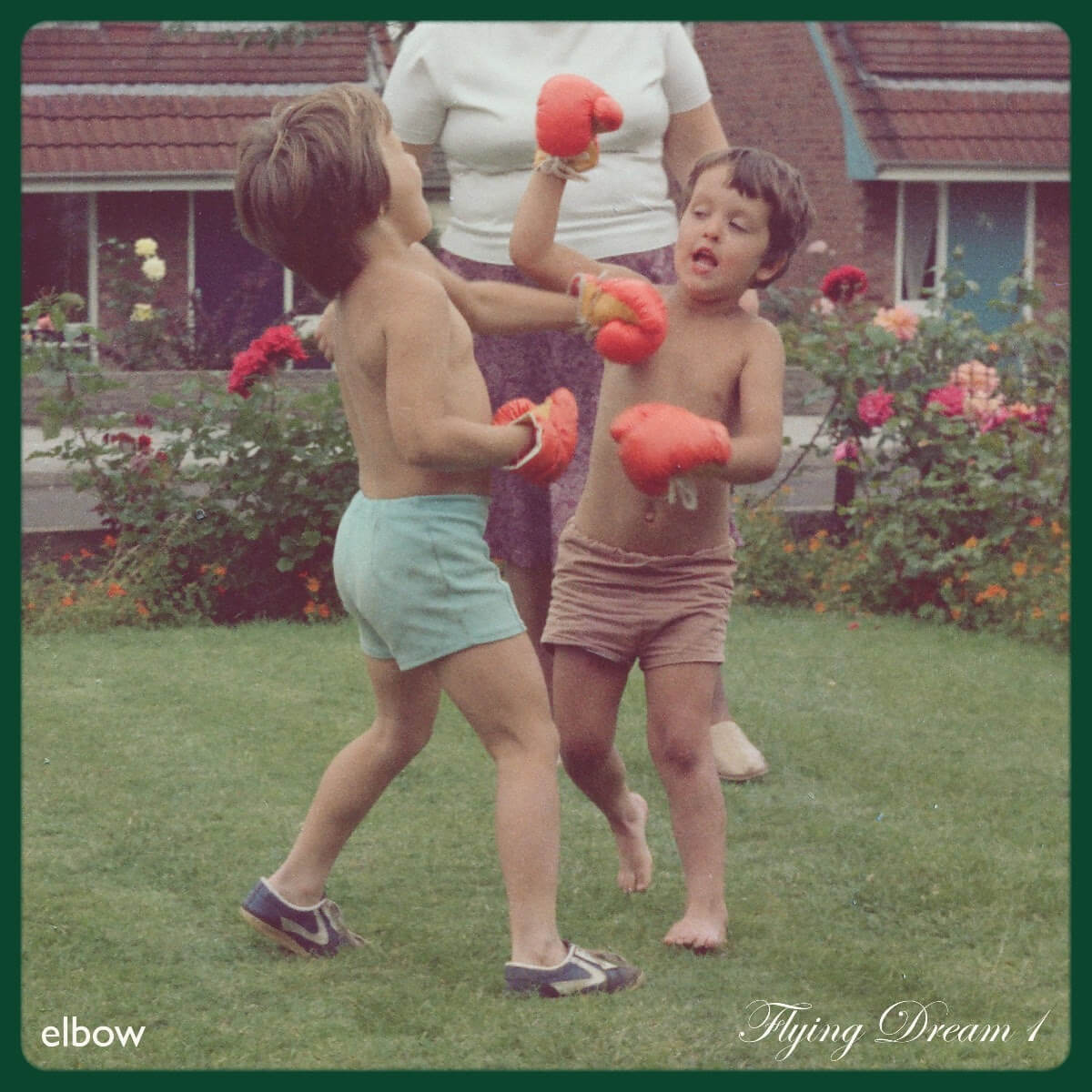 Guy Garvey’s mellifluous croon and clever and sentimental story telling carries us through meandering woodwinds, piano, and guitar, like a lodestar through new and familiar waters alike. On their latest album, Flying Dream 1, Elbow seem willing to ditch the expected song format for the pure love of sound, vocal and instrumental. There are still the alternative pop sensibilities you’d expect from Elbow, and though most of the songs rely more upon the ebb and flow than the driving force that makes some of their songs the bangers that they are, they still manage to excite and move.

As you’d expect from the title, flying is a theme that comes up a number of times on the record, particularly the first half. “Is it a bird? / Is it a plane? / Or is it a jettisoned beautiful warrior’s soul / blazing ‘cross the sky on its way back home?” they sing on the third song of the album, a three-four song with a clever Casio beat and tinkling piano. About love, Garvey sings on the song “Six Words,” “Only falling gives you wings like these.”

The second half seems to be songs predominantly about his wife and the love of his life. It includes songs like “The Only Road,” where he sings “Oh, I didn’t see you coming / But now I’m nowt without you.” “And the only road I know now / is you and I together.” Probably the most triumphant track on the album is the closer, “What Am I Without You,” which has already made it into their live performance cycle to triumphant effect. It starts sparse like much of the album, but leads into a moving rhythm and blues jam. A song that will for sure be a staple in the Elbow catalog from here on out, along with their many other memorable, driving jams.

For fans of Elbow, this album is a treat, with its subtlety, romance, and typical good naturedness. It’s a stunningly beautiful album, with Garvey’s signature vocals at the forefront and the band’s talented instrumentation on display. It is in a sense their pandemic record, but as the title suggests, it is more about the hopeful dream of love, than the reality of stagnation or death that we’ve been experiencing to whatever degree for the last two years. It seems like Garvey is happy with the life that he’s living, and his thankfulness translates as a cosmic affirmation of all the love we might feel or hope for in our lives. For a while, the planes were on the ground, but Garvey still dared to dream of flying.