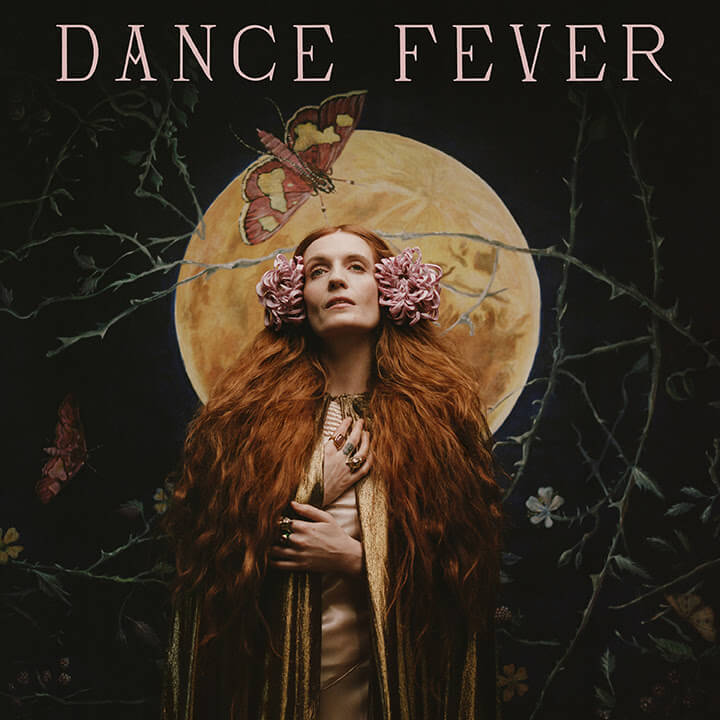 Florence + the Machine’s fifth LP ‘Dance Fever’ is a record borne from the love of movement and the tribalism of large crowds dancing as one. Chief machinist, Florence Welch conjured up her group’s latest album with the anticipation of the world re-opening once Covid-19 was at bay and channelled the things she missed the most about being a performer; the togetherness of a live performance. As a precursor to the album, Welch became enthralled by choreomania; a Renaissance phenomenon in which large groups of people danced wildly to the point of exhaustion, collapse and even death.

Strangely for an LP called ‘Dance Fever’, the album is unexpectedly melancholic and downbeat. There are some danceable moments but as far as bangers go their deployment is economical. It’s more light perspiration than sweat drenched fever. What’s evident with most lockdown records is the eerie stillness of a world on hold permeates its DNA. That said, Florence takes an introspective angle with the themes on her latest body of work. As expected there are notions related to dance but also narratives anchored in her on-going sobriety, masculine and feminine imagery and reflections on the state of the world, and her place in it.

As for toe-tappers and rumpshakers, there’s ‘Free’ and ‘My Love’. The former is powered by a constant drum machine thump and a synth hum. There’s a restrained urgency which is aped by Welch’s constant lyrical stream. The song’s wordplay focuses on the escapism of dancing but the juxtaposition of “is this how it is/is this how it’s always been/to exist in the face of suffering and death but we still keep singing?” punctures its carefree ideology with something very human and real. The latter is a low key Balearic indebted stomper that places the listener at the heart of a melancholic disco. Equally ‘Choreomania’ and ‘Heaven is Here’ are bestowed with a ceremonial-like proclivity, that purports some kind of dance ritual. ‘Choreomania’ is in permanent motion and another example of poetic duality. Florence can be heard cooing “I just keep spinning and I dance myself to death” while stating “the pressure and the panic you put your body through”. A shaman-like stomp possess a devilish Florence on ‘Heaven is Here’, as our protagonist screeches “I’ll turn your sea into a desert” like someone casting a spell upon a bitter rival.

There’s an honesty and power to ‘Dance Fever’s story, with Florence either flexing her muscles or bearing her soul. Opening track ‘King’ is a defiant ode to matriarchal empowerment, which has Welch declaring “I am no mother/I am no bride/I am king” with a brooding intensity. ‘Girls Against God’ pendulum swings from rebellious “oh god/you’re going to get it/you’ll be sorry you messed with me” to dealing with “all my private rage”, as the Londoner confesses “I met the devil/you know he gave me a choice/a golden heart or a golden voice”. ‘Daffodil’ and ‘Back In Town’ find Florence glancing back at a past life, one that has resulted in her celebrating seven years of sobriety. Through the dark shroud of the former Welch states “I’m not bad/I’m not good/I drank every scar I could”. While the latter paints a stark picture of overindulgent partying “never really been alive before/always lived in my head/sometimes it was easier hungover and half dead”.

‘Dance Fever’ is reflective of now; a time to celebrate overcoming shared trauma after a period of uncertainty and reflection. Scars and all. 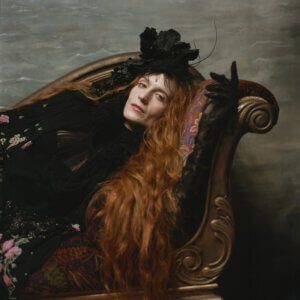