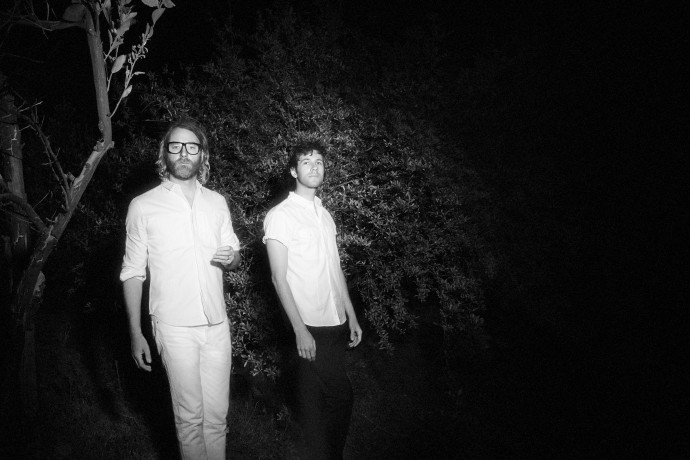 On the eve of the release of their debut album Return To The Moon, EL VY – the duo of Matt Berninger from The National and Ramona Falls’ frontman Brent Knopf – have released a new video for the song “Silent Ivy Hotel”. EL VY’s fifth album track to be visualized by Tom Berninger (Matt’s sibling, director of the award-winning Mistaken For Strangers film and creator of all preceding EL VY videos thus far), the spooky video celebrates the Halloween season with“pool-water martinis”.

EL VY (rhymes with ‘hell pie’, like a plural of Elvis) and Return To The Moon is a project Berninger and Knopf have been thinking about for years. Their friendship spans nearly a decade, starting back when the National and Brent’s previous band Menomena played small half-empty clubs along America’s west coast. Feeling an immediate musical kinship, the pair kept in touch, Brent sending Matt occasional rough sketches of music and Matt responding with melodies and lyrics. Finally, in the winter and spring of 2014-15, they actually got together to make an album.

EL VY will head out for full-band shows with drummer Andy Stack (Wye Oak) and bassist Matt Sheehy (Lost Lander) on their first tour, throughout November and December.