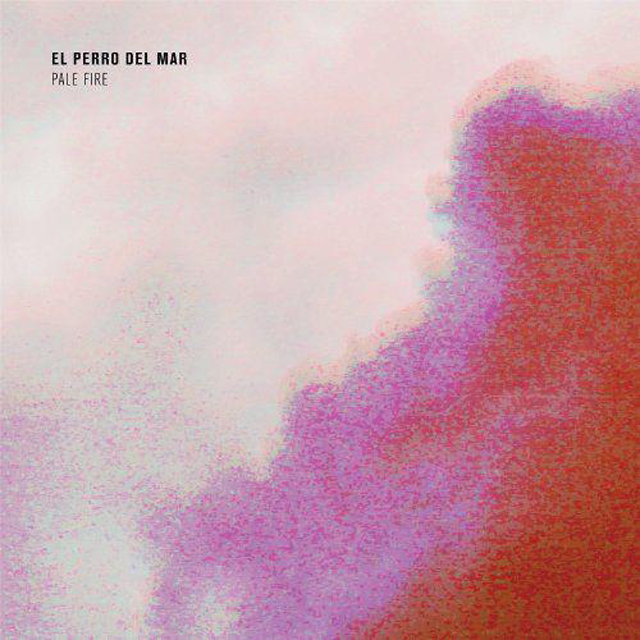 El Perro del Mar’s Pale Fire initially really surprised me… In the way that based purely on band name alone, I thought the first song that would come up when I downloaded the album would be a flurry of maracas, trumpets, and guitarrons… not the case as it turns out.

El Perro Del Mar (“The Dog of the Sea”) for those as unfamiliar as I was, is Sarah Assbring, a Swedish lass who has been cranking out the lo-fi loungey internet music for just shy of a decade now. Pale Fire is her fifth album and while it does feature some of the Spanish influenced sounds as I expected, they’re all backed by much more trendy minimalist drum machine tracks, plus some twenty first century bleeps and bloops. All these elements come together for what I find is an underwhelming combination of sedated sounds.

The single, Walk on By, sounds to me like what you would hear in the change room of Banana Republic. The shuffling drums, mild conga action, steel drum keyboard line and breathy vocals have about as much energy as that feeling you get when you’ve been in a mall too long. The video for the track is also a bit of a brain melt. I mean, to be fair, it is a style that is very hip to right now… It’s got the purposefully poorly done green screen, abstract neon loops, and features Assbring in a mildly unflattering outfit dancing in slow motion. The whole thing looks like the background Quick Time generates when you play a song off your desktop.

There’s something about this that just frustrates me. It’s just too trendy. It’s like she is an artist putting out music solely to serve a need. All the boxes are checked in the indie marketing handbook and that’s what bugs me. It doesn’t seem genuine. To me, weird for weird sake is a genre that has just been done to death recently. We get it, your avant garde! The problem is now that everyone is trying so hard to be different, that originality is lost.

I’ve seen girls in weird outfits and non-sensical videos for the last two years and I think people are starting to get wise to what’s the real shit and what’s not. If the music speaks for itself, the look is what completes the sound and the product is a genuine work. That is a rare being lately and to me, El Perro Del Mar doesn’t rise to the occasion.