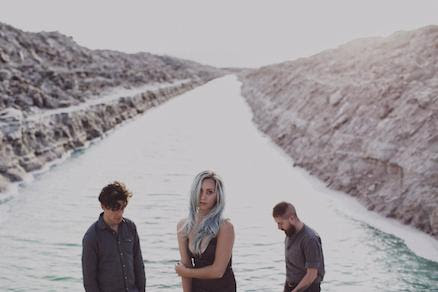 Los Angeles band DWNTWN have announced their debut album Racing Time, the full-length will be available on July 21 via Jullian Records.Today, the band has dropped the lead-single “Bloodshot Eyes,” ahead of it’s release. which the band’s Jamie Leffler notes “was written during one of those times. I was stuck in what seemed an endless cycle going nowhere, super frustrated with where I was in life, and didn’t know how to change it. I kept making the same decisions and expecting different results, which is pretty much the definition of insanity. The song stands as a reminder to myself to create my own fate and not let fear govern my decisions.”

In addition to the band’s vocalist Leffler, DWNTWN is Robert Cepeda (guitar and vocals), and Daniel Vanchieri (drums). They have released three EPs to date. The trio wraps sorrowful lyrics and sharp hooks in lush soundscapes on the LP, which was 2 years in the making. Racing Time finds the band baring both their songs and their souls — elements of which are evident with today’s “Bloodshot Eyes,” which features Leffler’s sweet spectral vocals. Lyrically, Racing Time explores relationships, coming of age, and the loss of Jamie’s father, former Tom Petty & The Heartbreakers’ bassist Howie Epstein, who tragically died of a heroin overdose when she was 14. The album’s release date has added significance as it comes out the day of her father’s birth.

Racing Time features 10 tracks and concludes with a stunning rendition of Anita Carter’ s 1960s chestnut “As The Sparrow Goes,” featuring a guest appearance by Jamie’ s stepmother, Carlene Carter. Here, Carlene’ s richly expressive vocals beautifully complement Jamie’ s dreamy singing. On the heels of the release of DWNTWN’ s masterful debut, Jamie is reflective. A moment that stands out to her in making the album is sharing her music with her stepmother. Jamie says: “It felt really good to reconnect. She told me: ‘ I want you to know your dad would have been so proud of you.'” 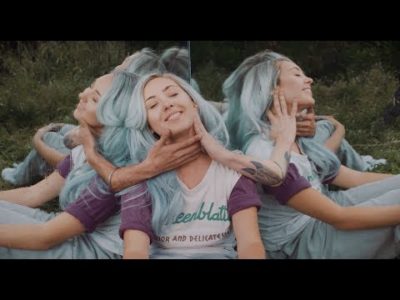