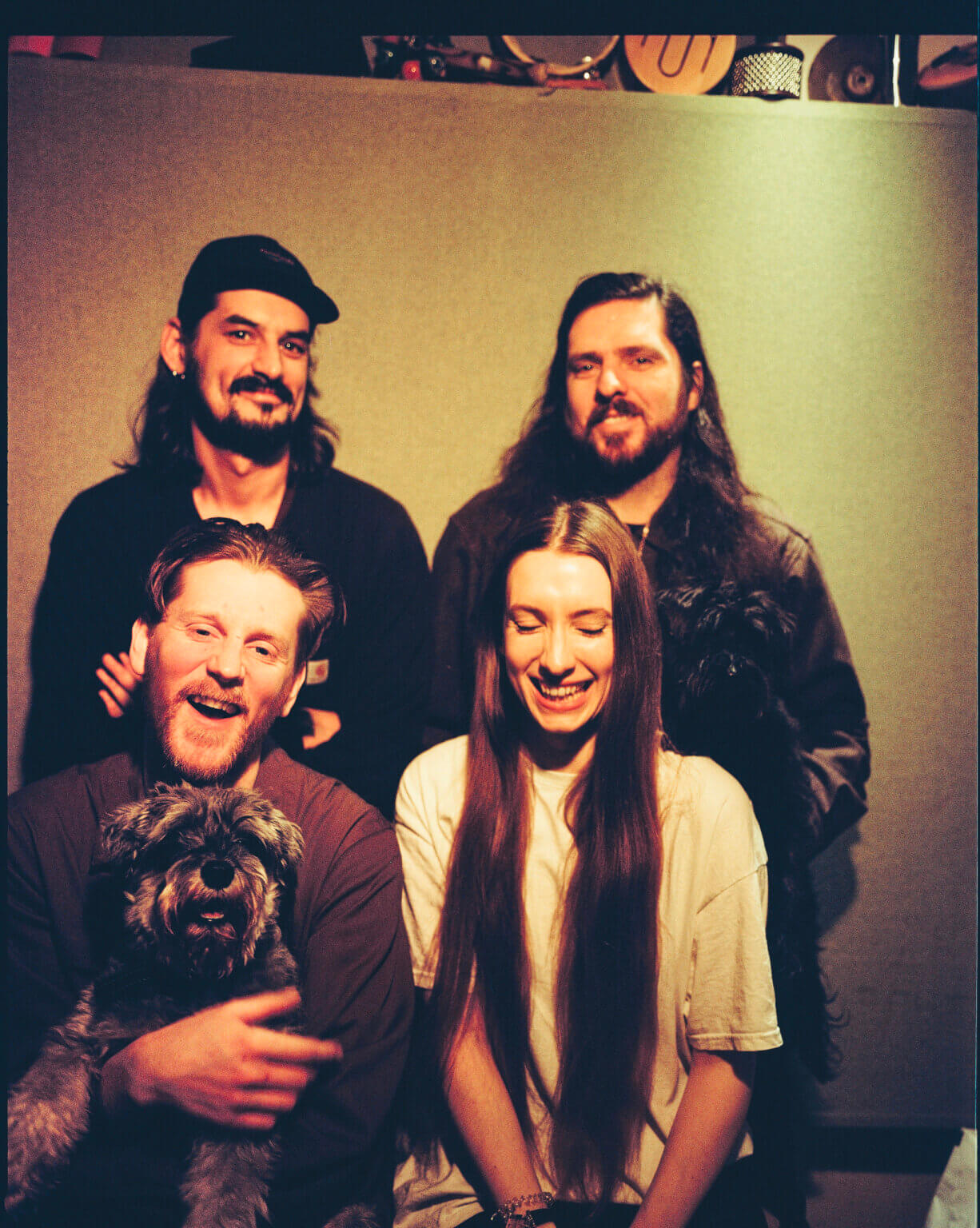 Dry Cleaning have released their first music for 4AD, “Scratchcard Lanyard.” The band debuted the single on their KEXP session earlier this year, where they were the last act to record in the actual studios pre-COVID shutdown. In the video for the track, and directorial debut of artist duo Rottingdean Bazaar (James Theseus Buck and Luke Brooks), the concept and set design riffs on the song’s celebration of the humdrum, inserting vocalist Florence Shaw into her own miniature night club.

“In the search for your true calling in life, it’s easy to try so many things that you end up confused. It can lead to an enormous build-up of frustration. You may fantasise about exacting revenge upon your real or imagined enemies. Ephemeral things and small-scale escapist experiences can provide some relief!”

The London band is comprised Nick Buxton (drums), Tom Dowse (guitar), Lewis Maynard (bass) and Florence Shaw (vocals). Firm friends for years, they only started making music after a karaoke party in 2017 inspired a collaboration. They wrote instrumentally to begin with and six months later Shaw, a university lecturer and picture researcher by day, joined on vocals with no prior musical experience.

Dry Cleaning’s music is described as a mix of The Feelies, the Necessaries, the B52s and Pylon all served as inspirations when the band first came together. The small and intimate garage / rehearsal space had a huge influence on the sound; both of last year’s EPs “Boundary Road Snacks and Drinks” and “Sweet Princess,” were written here. The quartet have finished work on their debut album, with details to follow soon.