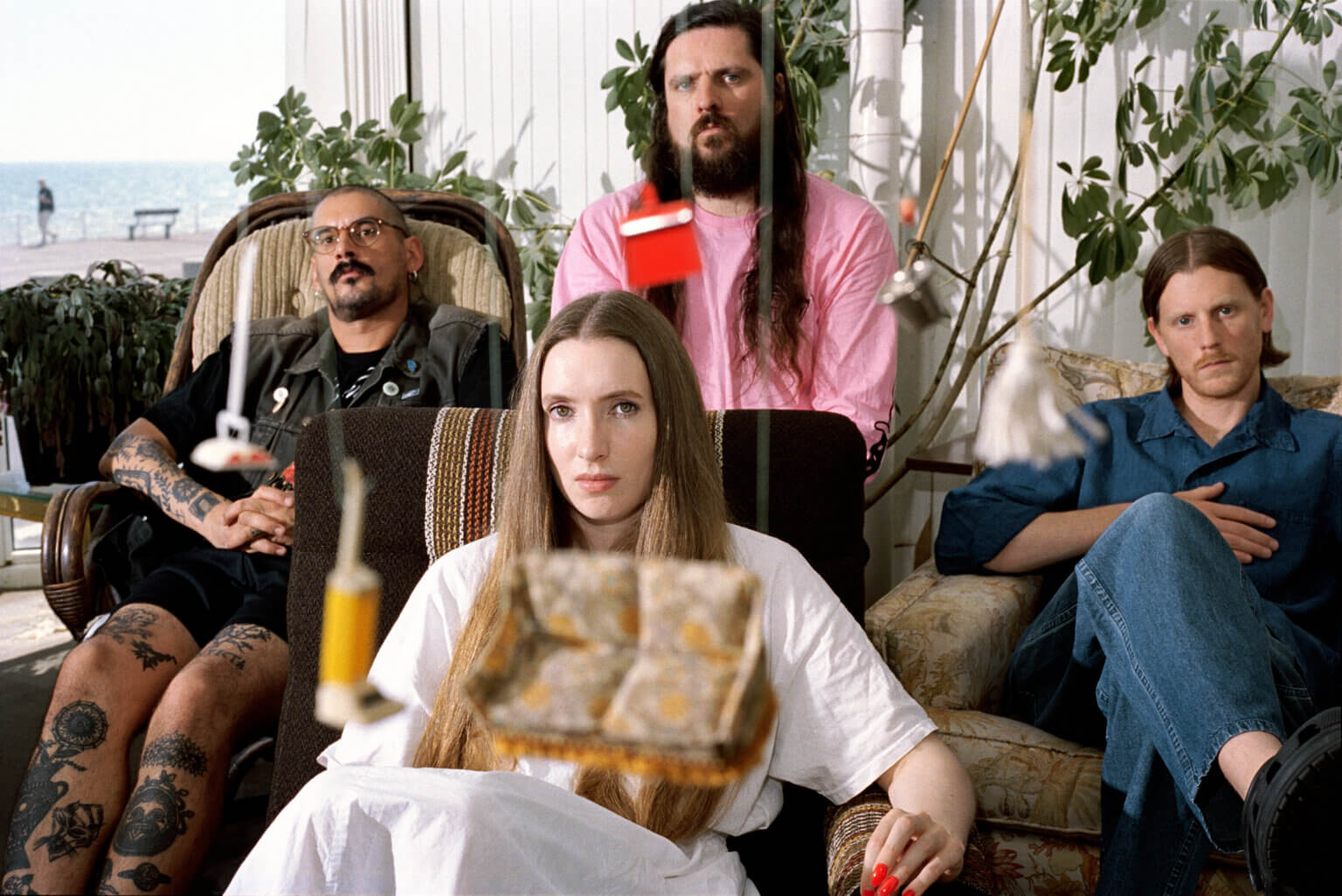 Dry Cleaning have returned with a new single/video, “No Decent Shoes for Rain.” The track is off their forthcoming album, Stumpwork, available October 21 via 4AD, and the follow-up to previous single “Gary Ashby”, the group take a more sombre turn on ‘No Decent Shoes for Rain’. Singer Florence Shaw says about the track, “’No Decent Shoes for Rain’ is inspired by grief; grief over past relationships, grief for loved ones who have died, and all the things that come with that; loneliness, numbness, yearning, ruminating about the past.” The video is made of footage of the band in the studio at Rockfield and on tour.

To celebrate Stumpwork, Dry Cleaning will play two intimate London shows during release week including a homecoming gig at Peckham Audio 20 October. The quartet’s worldwide headline tour can be found below. For ticket information head to the band’s website Stumpwork was made in the aftermath of the death of two very important people to the band; bassist Lewis Maynard’s mother, and guitarist Tom Dowse’s grandfather. Both were instrumental in the band’s development, both in encouragement and, in the case of Maynard’s mother, literally providing the band with a place to rehearse. Shaw’s lyrics explore not only loss and detachment but all the twists and turns, simple joys and minor gripes of human experience too. Ultimately, what emerges from it all is a subtle but assertive optimism, and a lesson in the value of curiosity. Stumpwork is the follow-up to the band’s previous full-length New Long Leg.