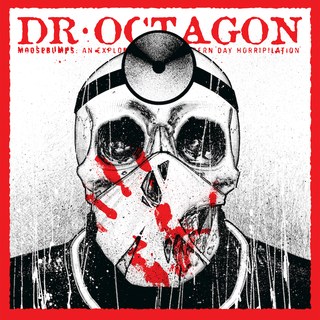 While returning to projects can be a brave venture, it doesn’t always have the expected results. In the first Dr. Octagon record for Kool Keith (Keith Thornton), Dan The Automator and DJ Qbert in some time, it’s less that their time away has damaged their skills but rather their voice. In a record filled with suave flow and production, many sounds feel like they’ve been done times over and lyrics can float between brilliant and outdated.

In the brooding crawl of “Octagon Octagon” there’s a sly play on themes of conformism and the dangers of uncontrolled consumerism. While the story itself is interesting, the melodies feel like they’ve been done before and leave the song sold short. “Polka Dots” starts to pick things up on a much more aggressive track full of booming drums. Thornton’s sense of momentum really works here, as each chorus really seems to pick up and drive forward.

The spooky atmosphere of “Black Hole Son” leaves an unnerving energy throughout the song, although it does feel like a sound that Czarface has done better in many different ways. It also doesn’t stand up quite as strongly lyrically besides its clever title. Through all the hilarious historical call-backs on “Power Of The World (S Curls)” it almost feels at times that Thornton is aping the energy of “Losing My Edge.” In his vintage hip hop sound however, Thornton makes something that feels nostalgic but strangely modern as well.

“Operation Zero” cuts through with a intensely gross set of visual lyrics that constantly bounce between smart and way too much. It’s unfortunate that the track itself feels way too familiar however, as Octagon leaves the track forgettable. The non-stop scratching of “Bear Witness IV” makes it feel a lot more abrasive and crazy, as Thornton slowly evolves his one idea over four minutes. The shifting wave of samples itself has an organic change throughout the song that feels just as unique as well.

“3030 Meets The Doc – Pt. 1” has one of the more straightforward backing tracks on the record making much of its choruses feel bland. This said, Deltron’s hefty flow keeps every single one of his verses from faltering. There’s an oppressive metal energy to “Karma Sutra” that gives its beat a new momentum, that lets Thornton’s rhyme scheme feel all the more unhinged. Unfortunately like several tracks here, there’s an imbalance in the lyricism as things close on “Hollywood Tailswinging” that makes one wonder what Thornton was going for. 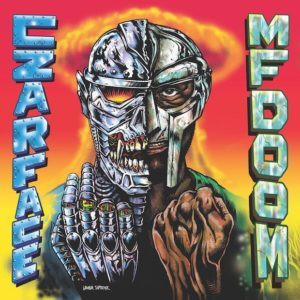