noise pop band, The Prids, have shared the title-track and video, “Do I Look Like I’m In Love?,” from their forthcoming album. Do I Look Like I’m In Love? is due out October 20th, 2017 via This-a-Way Records. The album was recorded at Rock nRoll B&B on Sauvie Island, 15 miles north of Portland. It was recorded and co-produced by Sean Flora (The Shins, The Black Keys, Stephen Malkmus & The Jicks).

Lead single and title track, “Do I Look Like I’m In Love?,” is a dark reflection on modern life and its meaninglessness. Being a part of the scene for over 20 years, the band has reflected upon the way modern culture has changed independent music and autonomy. Having spearheaded the Pacific Northwest DIY scene, bassist and vocalist Mistina La Fave, vocalist and guitarist David Frederickson, drummer Gordon Nickel and keyboardist and bassist Tim Yates, The Prids’s career has spanned over 20 years. The band has toured alongside Built to Spill, among other notable acts, and Henry Rollins is a long time fan. Having faced a life altering brain hemorrhage in Spring 2015, La Fave and the rest of the band are set to pick up where they left off with this forthcoming release. The album comes out on the band’s own DIY label, This-a-Way Records, which has been instrumental in the band’s culture for the past 20 years.

The Prids
Do I Look Like I’m In Love?
TRACKLISTING 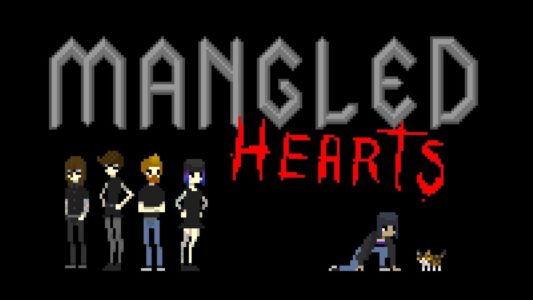 “Mangled Hearts” by The Prids