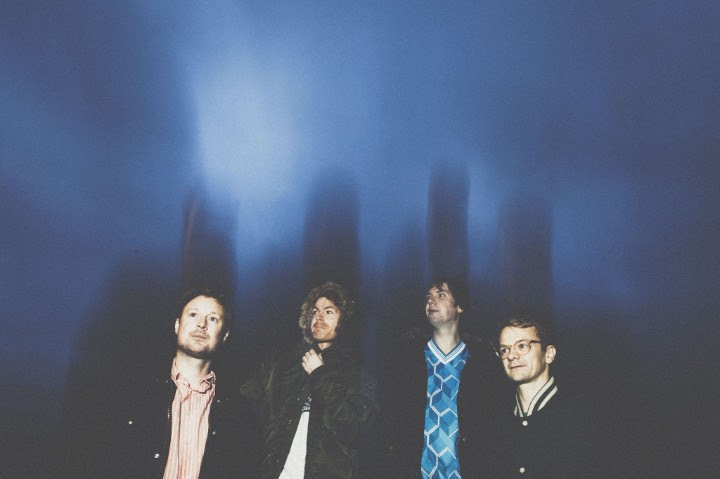 Django Django have shared a remix EP with 3 new versions of the single, “Surface To Air” (Feat. Self Esteem), off their new album, Marble Skies, which came out earlier this year on Ribbon Music. While the original version of the single already featured guest vocals from Self Esteem (a.k.a. Rebecca Taylor of Slow Club), the new remixes have been created by Lunice, Nightwaves 6am, and Body In The Thames.

Canadian producer and hip hop great, Lunice (one half of TNGHT with Hudson Mohawke), hacks the track into an almost unrecognizable skit of beats, drums and spliced vocals. It’s a bass-heavy rendition that Clash Magazine called, “a vivid club-ready belter.” LA duo Nightwave 6am’s version is equally aggressive, but with more melodic consistency. Meanwhile, Body In The Thames takes the track on a spacey, techno trip.

Django Django – David Maclean (producer/drummer), Vincent Neff (vocalist/guitarist), Jimmy Dixon (bass) and Tommy Grace (synths) – are currently on tour in the UK and the rest of Europe. Following those dates, the band will head across the Atlantic for their first North American tour in support of Marble Skies, with performances at Coachella and shows in Los Angeles, San Francisco, Portland, Seattle, and Vancouver.