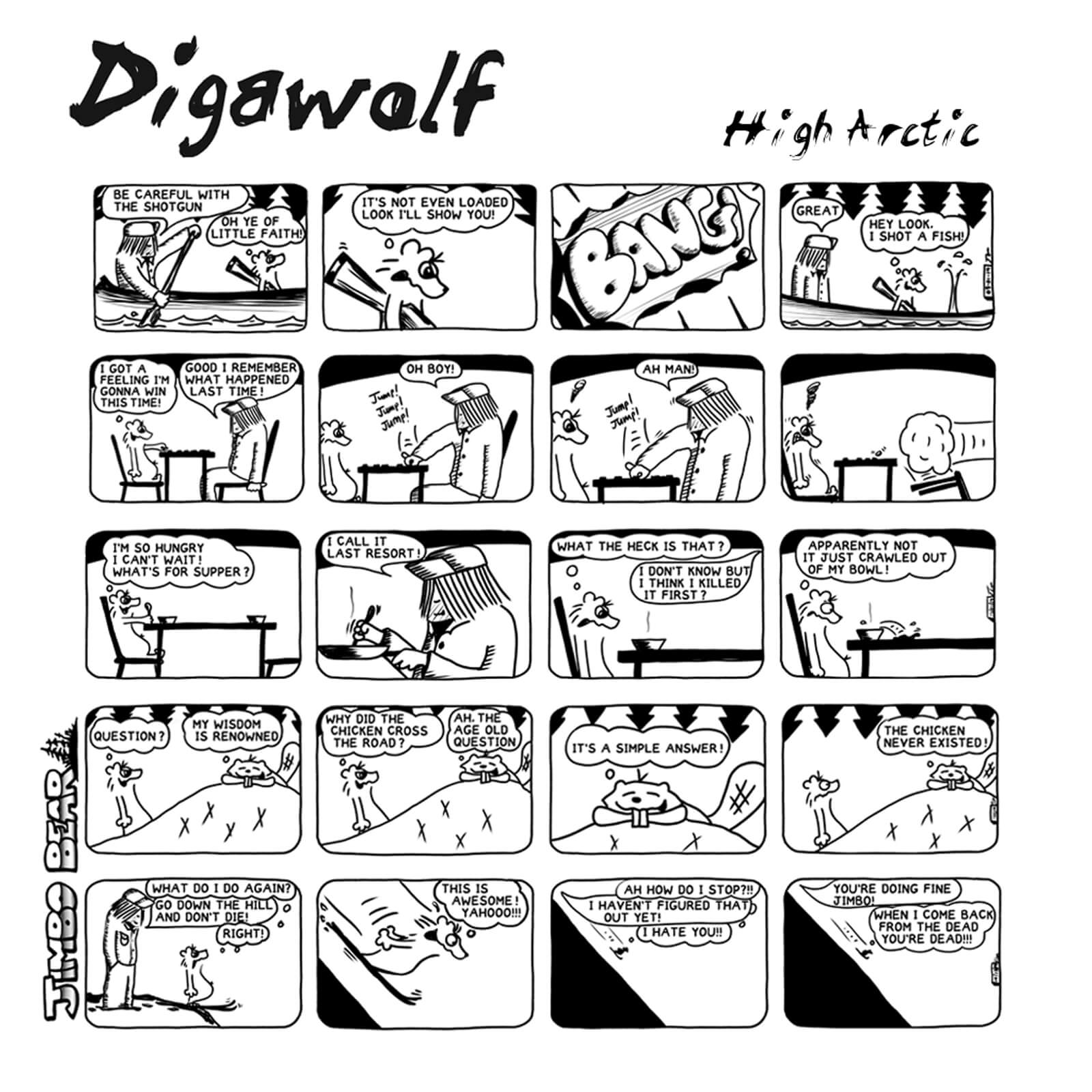 Connection is part of the beauty of music. We react to artists’ emotions. We’re less sad because Morrissey’s more sad. Lou Reed’s darkness made us feel like we were doing better than at least one other person. And while one can debate the accuracy or reality of the connections, it can sure feel like you know the person singing. And that connection and sense of person is what defines Digawolf’s High Arctic, a lovely collection of guitar-driven rock songs that make you feel like you know the artist.

The artist in this case is Diga, also known as Jesse James Gon, who grew up in Behchoko, in Canada’s Northwest Territories, the capital of the Tlicho Nation. His voice is a hoarse growl, almost a rumble, with guitar playing that’s casual, not in a thoughtless way, but rather in an unselfconscious one. Melodic runs that might briefly tumble into something faster accompany the songs, propelling them into a higher gear, before bringing things back to their baseline chill state. Diga’s lyric sheet refers to the songs as poems but it’s not pretentious. The tracks feel like
poetry backed by music. There are hooks, melodies and grooves, but the vocals are front-and-center while the sonic tapestries are behind him, respectfully supporting the words, occasionally stepping out into the spotlight, but then turning things over to Diga’s haunting voice.

But the instruments have an important role in the album, which has plenty of notable guitar moments. “Ini Ko” (or “Soul Of Fire” in Tlicho, Diga’s first language) is essentially a slow-jam, but in Digawolf’s idiosyncratic style. Diga croons over a sexy beat, trippy guitar taking the song from a romantic, late-night encounter straight into post-coital fever dream-pocked sleep. The translated lyrics reveal a koan: “My father the trapper / He lived off this land / My father the hunter / He can start fires with his hands.” “Running with Wolves” is an instrumental, a disco
beat cross pollinated with ripping guitar that sounds like it’s coming from a down-the-hall neighbor who took too many magic mushrooms. But the soloing isn’t indulgent; it’s an extension of Diga’s voice. But where he sings low and slow, here he can express himself high and fast.

The album’s most perfect moment is “Voices in My Head,” a sweet, simple melody, with Diga singing over a basic beat. His voice isn’t made for this kind of gentleness, which is the beauty of the song. It almost feels like the song chose Diga, rather than Diga choosing the song. As he sings, “When I go to sleep I begin to dream / And then there’s a void / There’s neither space nor time / And in the end I’ll be risen with joy,” you realize he’s capturing the essence of the album, which feels beyond space and time, existing as a projection of Diga that we’re all somehow able
to access. It’s a powerful connection that almost transcends the music, even as the music is the rope used to tether us to him. Digawolf has used the pandemic to create a special album that’s going to stick with you long after it stops playing.