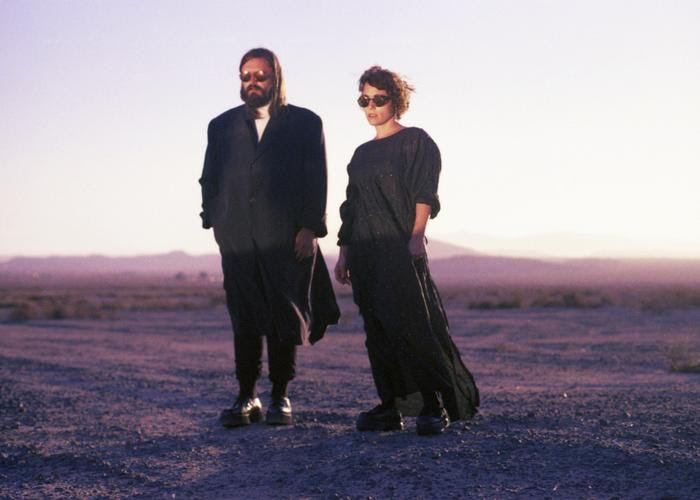 Aslyn and Kalen Nash met in 2008 and married in 2011, but were so busy with their own projects they hadn’t really considered making music together. Eventually, the loneliness of the road led them to consider a different path. “I remember a phone call when I was out with Kesha and Kalen was on tour with Ponderosa,” recalls Aslyn. “We were a country apart and hadn’t seen each other in months. I told him that we needed to start collaborating so, at the very least, we could see each other more often.” DEGA, will release their new single, “Already Know (Slow Version),” on November 15, via Lemonade. Today, they have shared a new video for the track.

“This stripped down version of “Already Know” was how the song was originally written – just vocals and wurlitzer. We reimagined the arrangement for the album, for no particular reason, just being in the moment and having a good time.”

“The merging of our ideas created something very different from what either one of us was doing on our own,” Kalen says. “So it was kind of like creating a whole new identity. Not to mention that my wife is badass who can just play anything that you would ever want or imagine on keys.”

Laying down tracks all over the U.S. with Justin Loucks and Jon Ashley (Band of Horses, Sylvan Esso, The War on Drugs) engineering with final mixing taking place in Los Angeles with Chris Coady (Beach House, Future Islands) the record took about two years to complete. Along the way, they learned new things not only about each other as artists but also about themselves. Aslyn, who describes herself as decidedly Type A, found that she was opening herself up to creative possibilities she’d never considered. “This new record is all about having a good time, about having fun,” says Kalen. “We don’t want anyone to overthink it. We just want to share it.”

DEGA released their self-titled debut in 2018 on Lemonade Records. The record is comprised of nine ethereal—and somewhat surreal—tracks that tell the story of the couple’s personal journey, along which they’ve encountered some spectacular highs and crushing lows. “Ocean Love,” a slice-of-life example of the former, is about the couple’s honeymoon in Jamaica, while “Phoenix” will always be an affecting reminder for Aslyn of the miscarriage she experienced during the sessions. “The baby was both conceived and lost while making this record,” she says. “How could I ever forget that? I relive the beauty and the pain every time I perform those songs.”