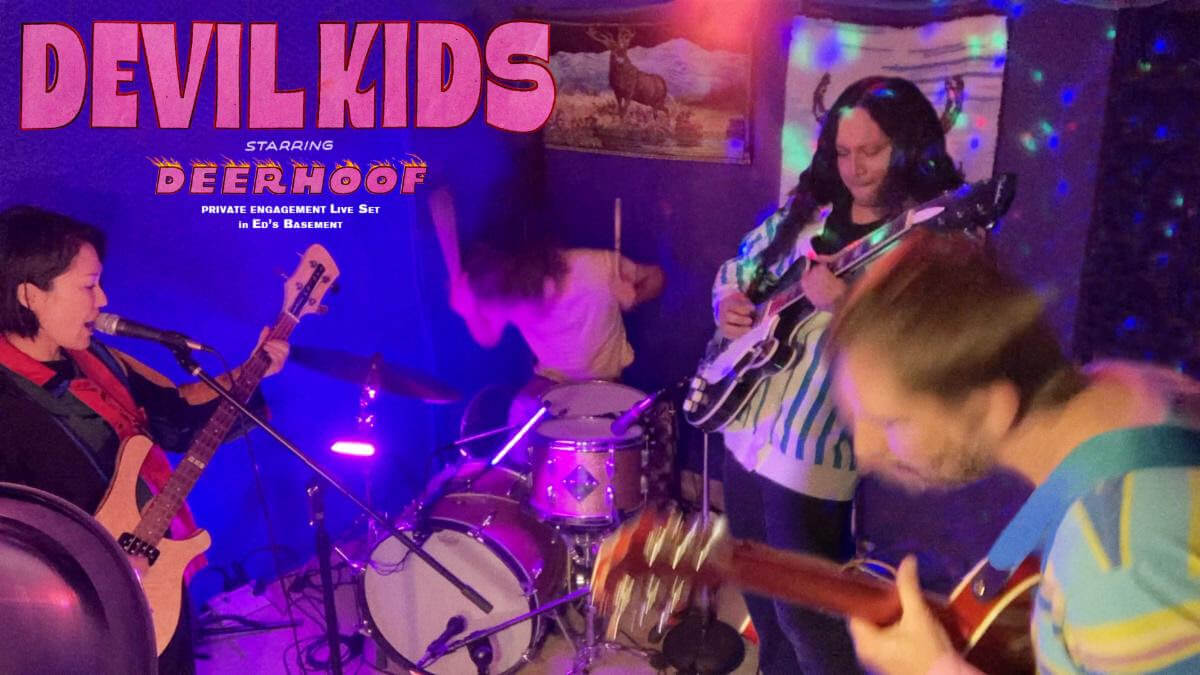 After such high demand, which comes as no surprise, Deerhoof’s December 2021 live stream, the band is now making it available as the album Devil Kids, with video download of the entire show.

This concert was recorded with four cameras, and the audio was mixed by drummer Greg Saunier in stunning high fidelity, in November after two years of the band not playing or even seeing each other. The setting was the comically cramped basement of guitarist Ed Rodriguez. The setlist was 18 songs spanning Deerhoof’s history, including many songs never before performed, such as those from the recent albums they recorded in isolation from each other. The sheer joy of their reunion is palpable in every note of the music and every giggle between songs.

“When my friends asked if playing with the band again was like riding a bike, I had to say no. We changed over two years. We played looser and got along nicer,” says Greg.

Purchase of the limited-edition 12-song LP (on TV Glow Blue vinyl) or digital version of Devil Kids is now available, and includes six digital bonus tracks and a video download of the concert, interspersed with behind-the-scenes footage of Satomi, John, Ed, and Greg reuniting, relearning their songs, and cooking noodles.