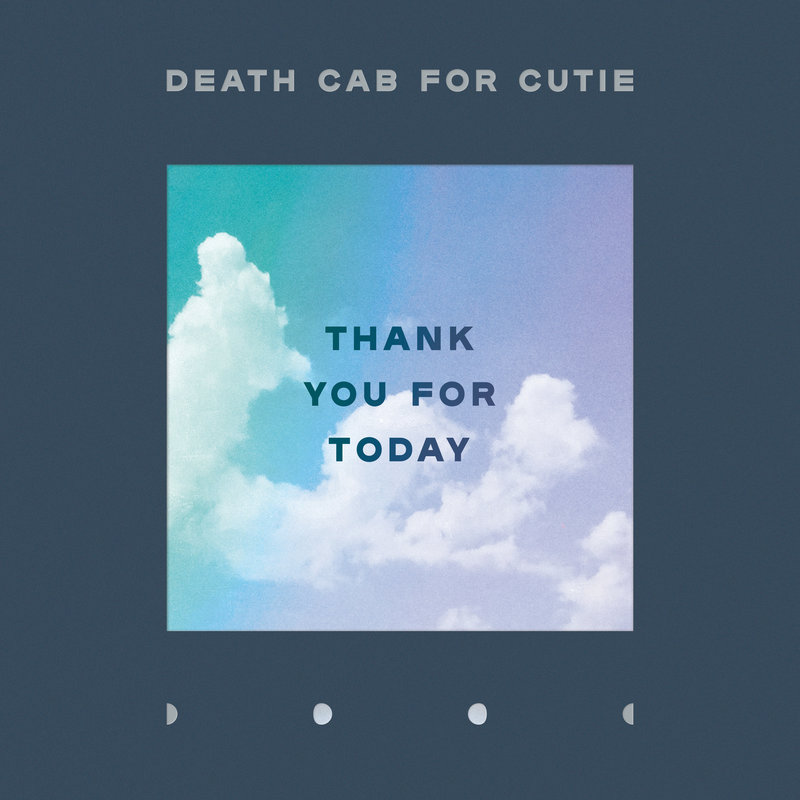 Thank You For Today

After their keyboardists joined the band, Death Cab For Cutie had a whole new armory of sounds to play with. While this does make their latest record a sharp and aesthetically tight piece, it doesn’t always work on a writing side. Death Cab For Cutie do offer some sharp single-like  material here that keeps the album from feeling overtly stagnant.

With an almost lounge-like energy “I Dreamy We Spoke Again” opens the album with less edge and a more ambient tone. Though this does feel less gripping on the whole, it sets up the album well and it’s honestly refreshing to hear Death Cab For Cutie moving forward with their sound again. As they hit a much stronger drive on “Summer Years” there’s a pop overtone that could easily drag the song into something mundane. However it’s Death Cab For Cutie’s insistence to turn left where others would go right that keeps their music intriguing.

Gibbard and co. do however gain a fun Beck-like mix of tones on “Gold Rush” where even in a steady droning progression, they somehow bring out enough sounds to keep us mesmerized. Luckily they really flesh out the ends of their album’s aesthetic to balance out a lack of gripping hooks or moments. “Your Hurricane” doesn’t have this same feeling however, and ultimately feels too bland because of it. While much of the album’s divisiveness seems to come from their creative choices, they ultimately suffer here from not pushing themselves at all.

“When We Drive” takes a stomping approach with much more emotional tension in their writing, using their light synth sounds to play with listeners. Ultimately, by holding onto this tension rather than letting it build to a point, the song feels anticlimactic. Death Cab For Cutie hit an exciting stride on “Northern Lights” where their sprawling riffs collide excitingly with their harmonies. By bringing out so many great moments and explosive melodies here, they really make the most of their sound.

Something like “Autumn Love” while not the most revolutionary track in terms of sound, sees the band really playing with every end of their aesthetic and offering listeners tones they never would have expected. By using a much more direct writing style and experimenting from there, they get a lot more interesting moments out of their music. “You Moved Away” sees Death Cab For Cutie, using their ambient tones for more personally reflective ends, and slowly building on that to keep audiences near. Here you can truly hear what their less riff-driven sound is capable of, as it breaks you down and lets you see their pain.

“Near Far” however is almost electronic as it kicks off with steady bass and much more glowing guitars than most of the record. With stellar grooves and tons of neon in its soul, this track is a lot more fun and sonically exciting than most of the rest of their writing here. Even in its predictable piano spiral, “60 & Punk” rounds out the record in a much more jarring drive of vocals. Its heartbreaking story of the realities you see in later life really make its breaks feel all the more devastating.