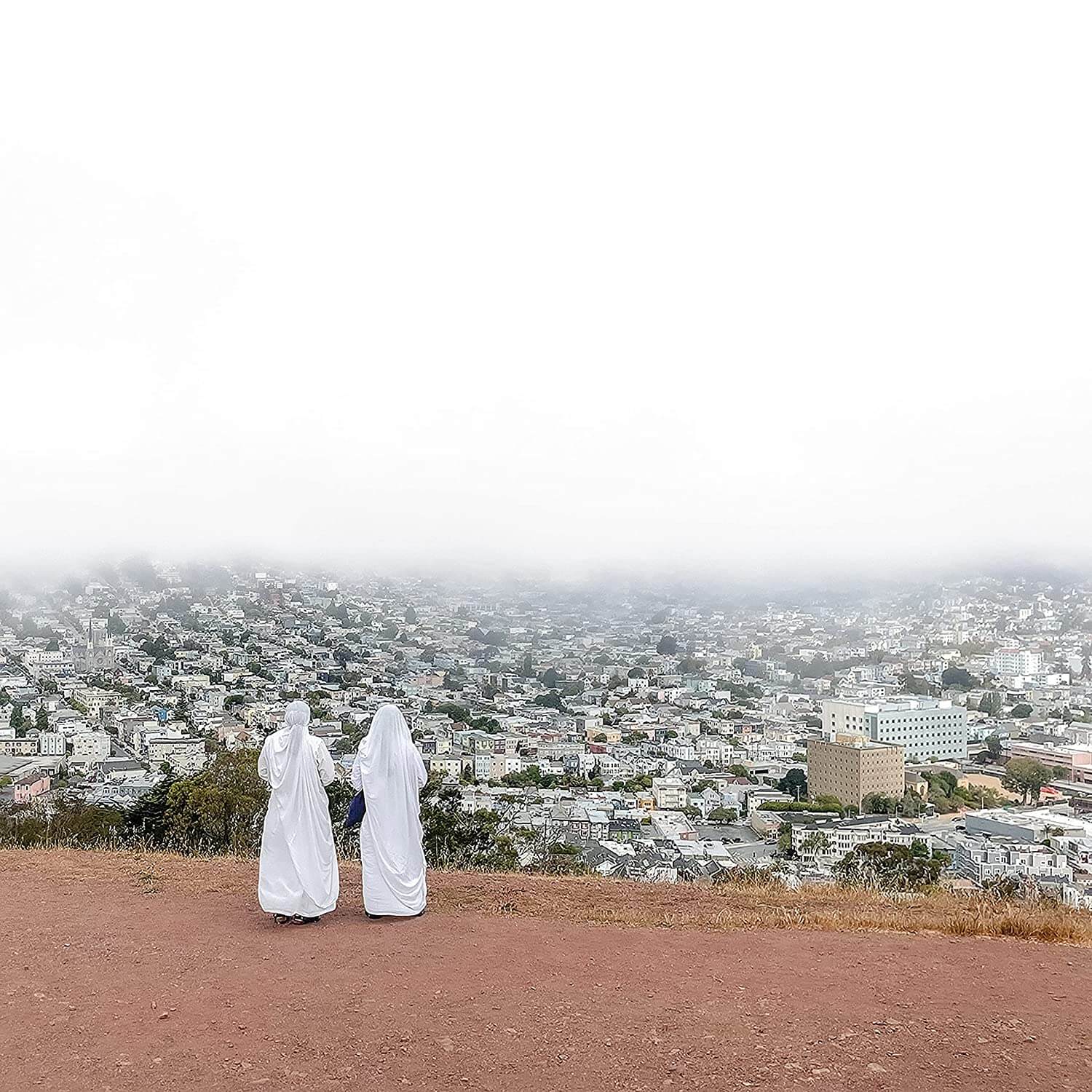 “Here on paved native lands / Time disappears from the palm of your hands,” Ben Gibbard sings towards the end of Death Cab for Cutie’s latest release, giving a hint at the title of the album, Asphalt Meadows. Produced by Grammy award-winning producer John Congleton and recorded during much of the pandemic, (though it is one of the more collaborative records that they have done,) it is a treat for any Death Cab for Cutie fan who revels in their hit-making indie power.

The song “Asphalt Meadows” deals as well with the effects of our actions upon others, (“But there’s a name writ on your cast / Above the bruised and broken bones / It tells everybody that you meet / To whom the damage is owed,”) but overall this album is a rumination not on the plight of Native Americans, but on what it’s like to be a human lost to age and the ages, to seek nature in the midst of concrete, and the elusive nature of feelings and memory. “Listen to the ringing in your ears / The scrambled voices of your fears / whispering, whispering.”

Sonically, it is par for the course for Death Cab for Cutie, with its simple but pleasing lead guitars, it’s thrumming bass, Ben Gibbard’s voice, which during the pandemic became a household staple, with his Live at Home sessions being one of the things that comforted us in our loss and grief and confusion. There are touches of the Cure, like on the title track, and a healthy dose of influence from 00’s emo music in the instrumentation. Like the spoken word, “Foxglove Through the Clearcut,” with its atmospheric emo vibes.

These are all songs that could translate well to their live shows, especially their lead single, “Roman Candles,” which encapsulates many of our feelings about the pandemic: “It’s been a battle just to wake and greet the day / Then they all disappear like sugar in my coffee.” Ben Gibbard has a way of dealing with existential crises while name dropping places and things (like Honda Accords and Saskatchewan and Rand McNally atlases) so as to make his songs at once deep and abstract, and (as the title of the album suggests) perfectly concrete.

Much like Arcade Fire, they have long been a band that seems to understand or grapple with our modern times and who people run to, to either mirror their complex feelings or to get some sense of what we should be feeling at all. And Ben Gibbard and company do not disappoint on this record, with its depth and relatability. Where other albums of theirs have hit or miss songs, near every song on this album hits it out of the park. They could tour with just these songs and make their listeners happy, I think. It’s like Christmas, getting such a wonderful album from one of my favorite indie bands. And I think I’ll be digging into this for a while.