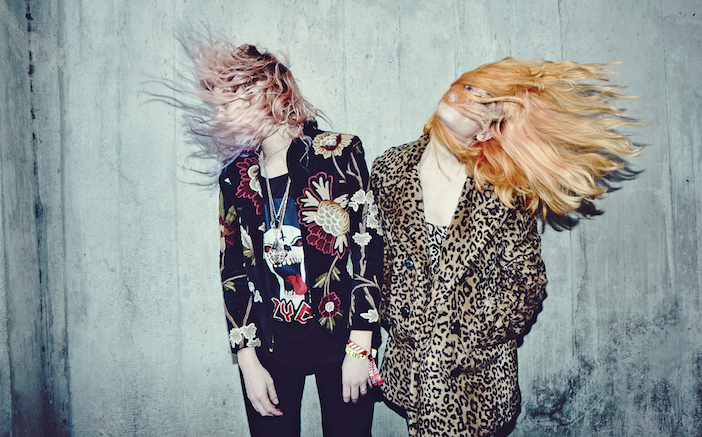 Los Angeles’ female power duo Deap Vally unleash their gritty new single “Royal Jelly”. Produced by Yeah Yeah Yeahs guitarist Nick Zinner, the track is viscous and heavy, bringing their rock ‘n’ roll roots to the forefront. As Lindsey Troy and Julie Edwards put it, “It’s a song that takes its time, but the pay-off is great. It’s definitely one of the funkiest songs on our upcoming new record.”

FUNK, derived from the Latin “fumigare,” meaning, “to smoke.” The smoking ladies of Deap Vally don’t need boots to walk all over you. The barefoot duo’s mixture of brazen and sweet allows them to zigzag from songs of poignant social commentary and resolute declaration to vulnerable bare-all ballads and songs of universal empowerment. Not purely blues-rock– sandwich them between funk and punk, because it’s just as much about attitude and intent as guitar-and-drums.

Lindsey Troy and Julie Edwards met in a crochet class in 2011 (no lie), and have since toured with Queens of the Stoneage, Black Rebel Motorcycle Club, DIIV, Band of Skulls, the Vaccines, Marilyn Manson, Muse, Peaches, Babes in Toyland, and Mumford and Sons, appearing on Jools Holland, and playing festivals from Glastonbury to Austin Psych Fest to Splendor in the Grass. 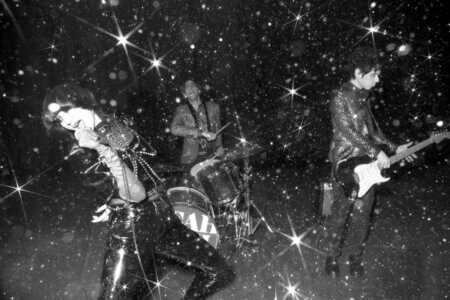