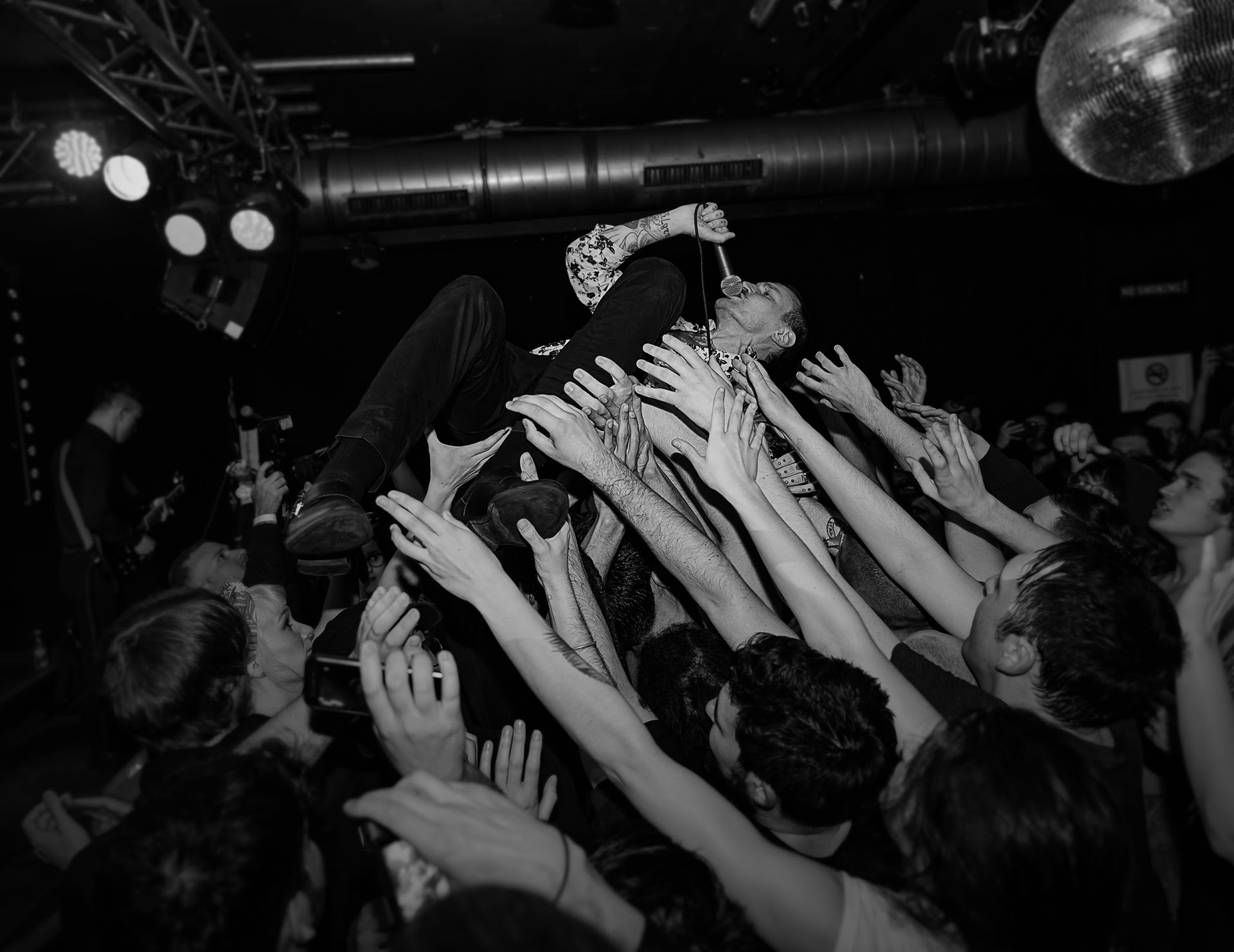 Daughters’ “Guest House” video arrives ahead of their North American tour, which kicks off on November 30th, in Seattle, WA. The A.F.Cortes directed video for “Guest House” continues Daughters’ exploration into the world of black and white photography and film. Both of the band’s previously released videos from You Won’t Get What You Want, “City Song” (https://youtu.be/KqntnTfFcHE) and “Less Sex” (https://youtu.be/534uNzGoR1s), used the color-free palette to create stunning, thought-provoking pieces that played on darkness and light, shadows and shading, to impart a variety of emotions, from the magic of a flickering candle to the beauty of the human form, and with “Guest House,” the exploration of psychological tension.

Daughters on working with A.F.Cortes:

It is always exciting to see our work interpreted by talented artists. We first became familiar with Andres through his wonderful photographic work. His ability to capture unique moments, often missed by other photographers, is uncanny and we trusted him to be able to bring the same abilities as a director.

Daughters is vocalist Alexis Marshall, guitar player Nick Sadler, drummer Jon Syverson and bass player Sam Walker. Following the release of their 2010 self-titled album, the band took an indefinite hiatus, returning in 2013 for a pair of sold out hometown shows in Providence, and a subsequent smattering of live dates in the intervening years, including joining Dillinger Escape Plan for that band’s final live outings in December of 2017. The foursome released You Won’t Get What You Want in October of 2018 via Ipecac Recordings.