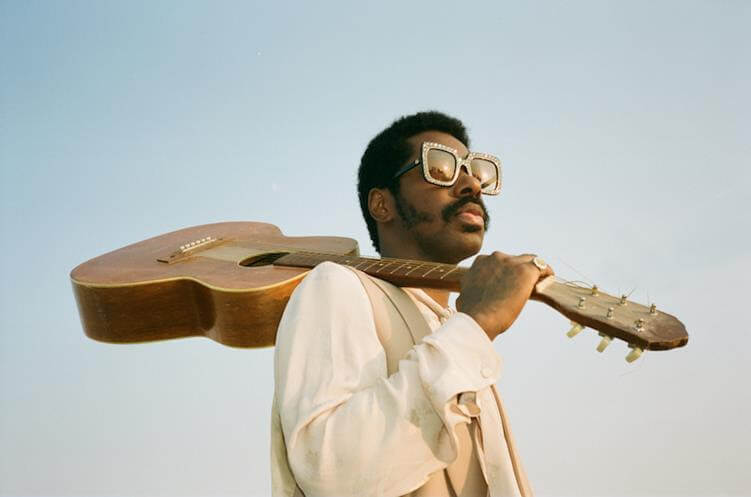 Curtis Harding Drops new track “With You” ft: Sasami
Share on TwitterShare on PinterestShare on PocketShare on RedditShare on FacebookShare on Email

Curtis Harding has shared “With You.” The artist’s new single is off his forthcoming release If Words Were Flowers, available November 5 via ANTI-. “With You” examines the ways in which companionship can turn your whole world around and features backing vocals from singer, songwriter, and producer SASAMI.

Harding’s been searching for comfort and peace in music as far back as he can remember. He learned to sing and play drums in church with his mother, who introduced him to the likes of Mahalia Jackson and Mavis Staples, but it was his sister’s collection of hip-hop tapes that would push him towards a career in music and inspire him to begin writing and rapping. With the Atlanta scene exploding onto the national stage at the time, Harding picked up work promoting artists on the legendary LaFace label and he soon found himself in the studio and on the road as a backup vocalist with some of the city’s biggest stars.

“That was when I realized I didn’t have to choose between being a rapper and being a singer,” says Harding. “I started teaching myself guitar and working with more live instrumentation and figuring out how to incorporate everything I grew up on into what I was doing.”

Written and recorded over the past two tumultuous years, ‘If Words Were Flowers’ is a vibrant, intoxicating bouquet, one as diverse as it is dazzling. Drawing on vintage soul, R&B, hip-hop, garage rock, and psychedelia, the songs here are raw and gritty, fueled by airtight grooves, punchy horns, and adventurous production from Harding and frequent collaborator Sam Cohen (Kevin Morby, Benjamin Booker).

“Nina Simone said that it’s an artist’s job to reflect the times,” Harding explains. “I think it’s important to live in the moment. If you do that and you’re honest and vulnerable, you can reach the people that need to be reached.

There are days when it feels like people just don’t care,” says Harding. “You wonder how they can see everything going on around them and not feel something, but all you can do is meet them face to face and try to connect. All you can do is give them your flowers.”

Pre-Order If Words Were Flowers by Curtis Harding HERE