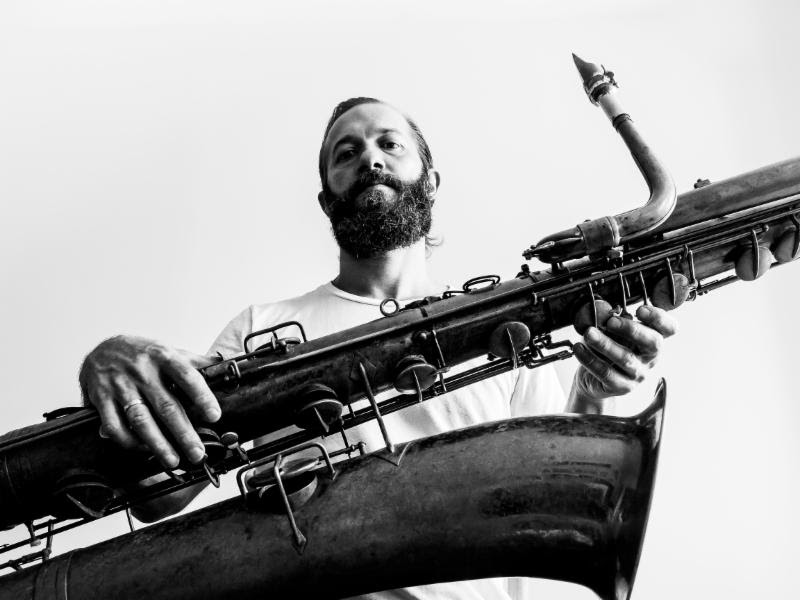 Colin Stetson has announced the details of his new album All This I Do For Glory. “Spindrift” is the first single to be released alongside a live video which shows Stetson in action.

“With this, his first solo outing since 2013’s “To See More Light”, Colin Stetson ventures into territory both familiar and strange. Here still, is the dogmatically stripped down approach to performance and capture (all songs recorded live with no overdubs or loops) but there is an immediacy to the album that belies a more invasive and thorough miking of the various instruments being utilized and a seeming influence drawn from the early nineties electronica of artists like Aphex Twin and Autechre, evident in the more pointed role played by the instruments’ many percussive elements.”

Colin Stetson was born and raised in Ann Arbor, spent a decade in San Francisco and Brooklyn, eventually settling in Montreal in 2007. Over the years he has worked extensively live and in studio with a wide range of bands and musicians including Tom Waits, Arcade Fire, Bon Iver, TV On The Radio, Feist, Laurie Anderson, Lou Reed, Bill Laswell, Evan Parker, The Chemical Brothers, Animal Collective, Hamid Drake, LCD Soundsystem, The National, Angelique Kidjo, Fink, and David Gilmore.

In 2008 Aagoo records released Colin’s debut, the first in his New History Warfare album cycle. ‘New History Warfare Vol. 2: Judges’ arrived via Constellation in Spring 2011. The album, a spectrum of jazz and indie rock/pop cultural spheres. His frequent appearances on stages at SXSW, All Tomorrow’s Parties, and countless stops on the international jazz festival circuit cemented his reputation as a versatile and virtuosic player while bringing his solo work to a broad international audience. April 2013 saw the release of ‘New History Warfare Vol. 3: To See More Light’ via Constellation, completing the conceptual and narrative arc of the series and constituting a definitive realization of his musicianship.

Most recently, in a departure from his cultivated solo aesthetic, came SORROW: a reimagining of Gorecki’s 3rd Symphony; Stetson’s first major release as a band leader and the flagship album out on his record label, 52Hz (a collaboration with Kartel Music Group of the UK). 2017 will see the release of several new works, including an offering from EX EYE (w/Greg Fox, Shahzad Ismaily, and Toby Summerfield) and his latest solo album, All This I Do For Glory.

Colin Stetson
ALL THIS I DO FOR GLORY
TRACKLIST