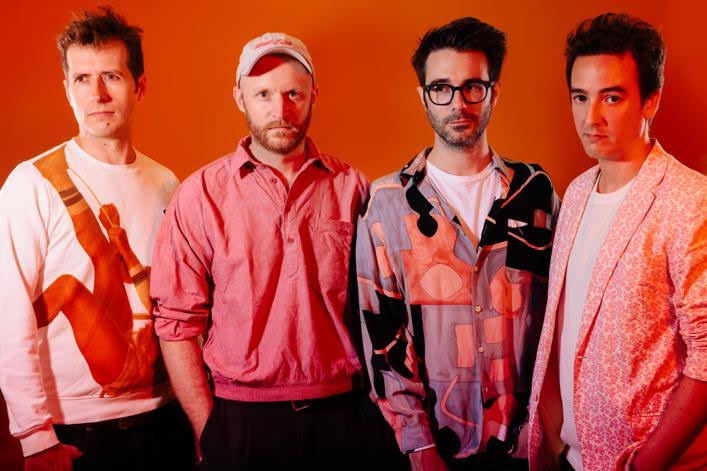 PREP”s “Cold Fire”, is the newest single off their forthcoming release Cold Fire, due out May 4th. The track features both a guest spot from Kaytranada-approved producer Pomo (also featured on Anderson .Paak’s ‘Malibu’) and a co-vocal from DEAN. PREP recently returned the favour by opening for DEAN at a rare London headline show.

The Cold Fire EP is the first new music, since ‘Futures’, released in 2016 alongside an AlunaGeorge remix, and a string of collaborators including Kitsuné-signed singer Reva DeVito.

PREP came about as an alias for 4 artists with an eye-watering list of credits under their belts. Co-writer and keyboard player Llywelyn Ap Myrddin – a classical composer keen on electronica – began writing instrumentals with House music producer / drummer Guillaume Jambel (GIOM), who has previously headlined Fabric and collaborated with Defected Records. Llywelyn was thrown by the response to these tracks from Grammy nominee Dan Radclyffe, noted for his work on recordings by Drake and AlunaGeorge. “I played him this instrumental, and Dan said, ‘Well that’s quite Yacht Rock, isn’t it?’ And I was like ‘What on earth is Yacht Rock?’” Sensing the foundations of a shared musical DNA, Myrddin, Jambel and Radclyffe’s line up was solidified by frontman Tom Havelock (who’d previously been co-writing for the likes of Riton, Sinead Hartnett and Ray BLK), who’s effortless falsetto was immediately apparent as the perfect foil to the band’s grooves