Museum Of Love is the project of Pat Mahoney and Dennis McNany. The New York City duo, recently announced their new album, Life Of Mammals, out July 9th via Skint Records. Ahead of the release, they have shared the video for their new single, “Cluttered World.”

Mahoney, founder and drummer of all-conquering NYC band LCD Soundsystem, and McNany, known for his production work as Jee Day, formed Museum Of Love in 2013 and released their lauded self-titled debut the following year. Longtime friends, the two both come from an art background originally – Mahoney is a sculptor, while Dennis paints, and there’s a strong visual element in the Museum Of Love sound. The video for “Cluttered World,” directed by Jonah Freeman and Justin Lowe, is an illustration of exponential scale that swerves into associative absurdity. Freeman elaborates: “We met with Pat and Dennis in March of 2020. This was the last in-person meeting we would have for many months. A little over a year later the film is complete but with the notions of ‘orders of magnitude’ and ‘cluttered worlds’ taking on even more surreal associations. Every initial plan we had was turned upside down but the foreboding beauty of the song persisted and, after it all, offered just the right atmosphere for a brief rejection of linear space-time perception.”

Museum of Love adds: “This wonderful video is our world as a negative reflection, a metaphysical karaoke version, in which the center channel, ie humans, has been removed and the clutter of our civilization can recombine and reorder itself in perfect equality, free of our shallow purposes and unimaginative usage.”

Produced by Museum Of Love, Life Of Mammals was recorded in bursts between Mahoney’s LCD touring commitments. It has been mixed in its entirety by James Murphy (LCD Soundsystem/DFA) and features guest appearances from legendary saxophonist Peter Gordon (The Love of Life Orchestra) and Matt Shaw. The album features original artwork by Marcel Dzama and photography by Tim Saccentni. The creative process for Life Of Mammals was approached like an art project while the lyrics throughout are delightfully elliptical, with a thousand valid interpretations. “Oblique Strategies is something we’ve used,” says McNany, about Eno/Schmidt creative aids. “It’s an interesting way to build a song by breaking down an idea, if that makes sense. It’s more exciting than building up from a melody line.” Lest anyone thinks this an entirely serious enterprise, there’s some humor in this approach, too. “We reserve the right to be very pretentious. We find some of these lines very funny, and then to deliver them with this total commitment and very dramatically and seriously is even funnier.”

1. Your Nails Have Grown
2. Life Of Mammals
3. Marching Orders
4. Hotel At Home
5. Cluttered World
6. Ridiculous Body
7. Flat Side
8. Army Of Children
9. The Conversation
10. Almost Certainly Not You

Museum of Love on “Cluttered World”:

“The song is about labor in the 21st century, and drifting and sifting through the hyper-abundance of our so called civilization… This wonderful video is our world as a negative reflection, a metaphysical karaoke version, in which the center channel, ie humans, has been removed and the clutter of our civilization can recombine and reorder itself in perfect equality, free of our shallow purposes and unimaginative usage.”

Pre-order Life Of Mammals by Museum Of Love HERE 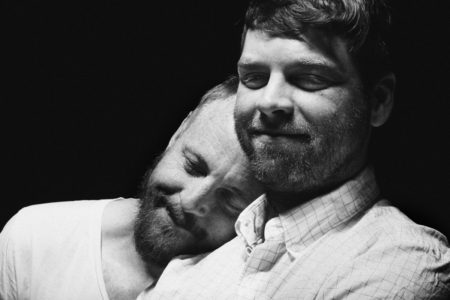 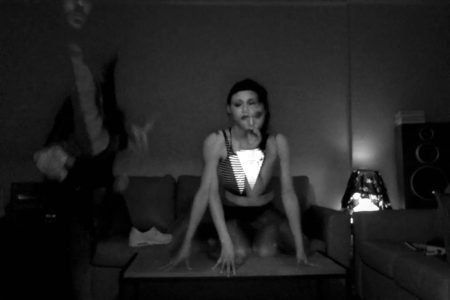