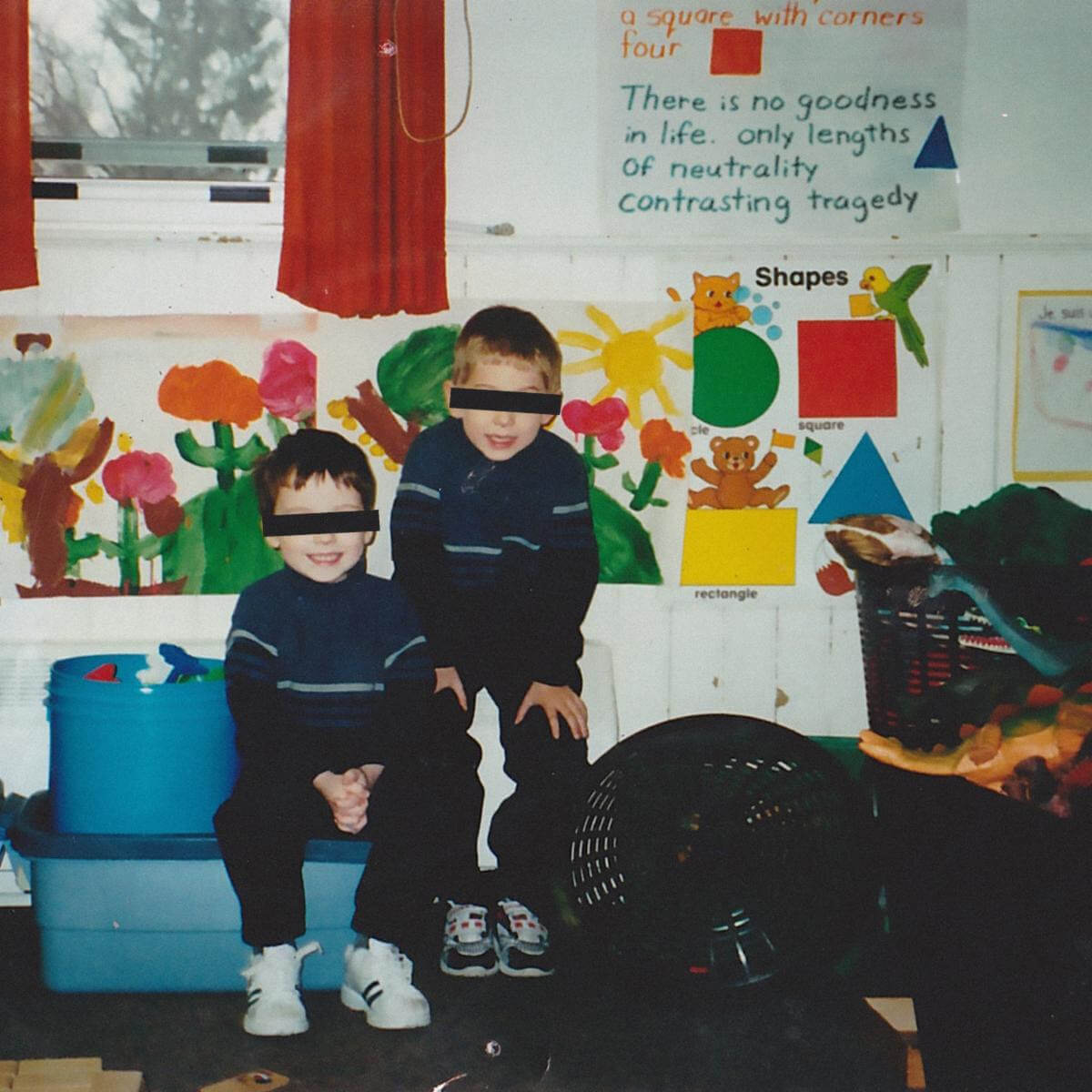 Speaking about the video frontman Luke Gruntz explains, “Vannah Montana is the mini-van we have spent the last 3 years touring North America in. We filmed it in the parking lot of our rundown hometown mall in the middle of the night. We didn’t have a permit to film there, and almost didn’t finish the video because someone called the cops on us after seeing the strobe lights from the road – but in a classic small town twist of fate, the officer that rolled up to kick us out happened to have played hockey as a child with one of our friends in the video, so he let us finish filming. This was our last take.”

The release of “FAMILY VAN” last month came alongside its own video game, complete with an 8-bit soundtrack composed entirely by the band themselves. The video game simple titled FAMILY VAN: THE GAME sees cleopatrick wake up in their hometown of Coburg, Ontario, late for a headline show in Toronto. The player has to drive the duo’s trusty van to the gig on time, dodging various obstacles and challenges along the way including picking up the band and crew, major label contracts and over-zealous hangers-on.

Best friends since the age of 4, Luke Gruntz and Ian Fraser are cleopatrick. And while they are from (and still based) in the tiny town of Cobourg, Ontario, their sound is anything but small. The core of their mission: to restore the outspoken provocation of rock & roll through raw, abrasive honesty. Along with two other like-minded-artists (Zig Mentality and Ready The Prince) cleopatrick formed the loose DIY collective “New Rock Mafia”. Together the artist and fan collective provide location-based info, curated content and organize secret events / shows within the community, all for members only. It has been instrumental in helping the band get the word out while keeping a familial feel and a safe space for fans.

Since releasing their sophomore EP, the boys across five singles in 2018, cleopatrick have amassed over 75 million Spotify streams, have been featured on the front cover of Spotify’s massive “Rock This”, performed at a wide range of festivals including Lollapalooza, Austin City Limits, Riot Fest and Shaky Knees, and recorded a live session at BBC’s legendary Maida Vale Studio 4. Their first international headline tour in late 2018 consisted of 38 dates across UK, Germany, France and USA, and was followed up with a completely sold out 10-date return to Europe in March 2019. Since then, the band has performed multiple headline tours across UK, France, Germany, Benelux, & LATAM included a notable support slot for Frank Carter & The Rattlesnakes on their EU headline tour.

*with Zig Mentality and Ready The Prince