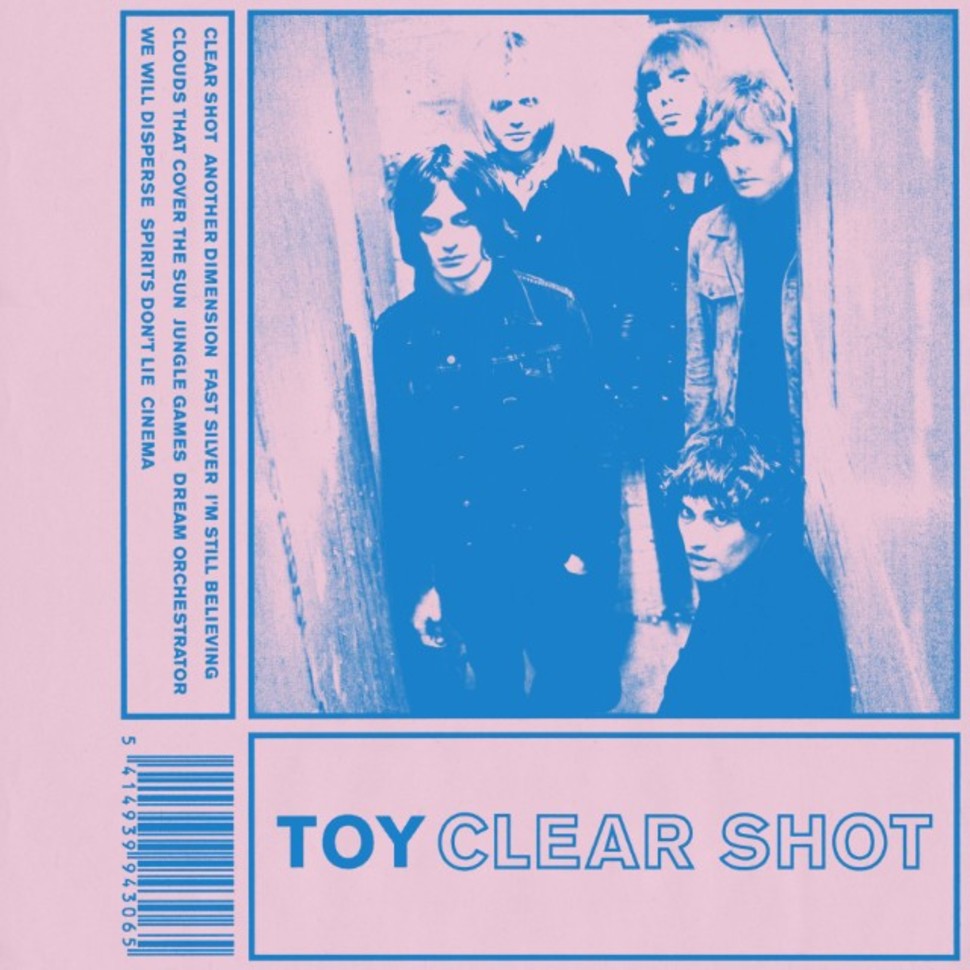 On Clear Shot Toy blends elements of indie, shoe-gaze and kraut-rock. Each track baits listeners with simple enough beginnings, but evolves into a rich and unique image.

Opening track “A Clear Shot” punches out a simple discordant riff over washes of synths, creating a perfect space for Tom Dougall’s wispy introspective vocals. It then shifts gears at 3 minutes into an post-punk broadside; “can’t you see we’re making fun / it’s just for us / sometimes you / you lose too / if you think it’s common ground / don’t speak too soon”. Tom let’s us know who’s in charge, reminding the listener that they’re just along for the ride.

This is the first of many surprises that Toy rewards the listener with, as each track commits to one idea so entirely before naturally discovering its exit to a different rhythm, mood or concept. “Fast Silver” paints a dreary image with acoustic guitar and synth organ drilling out the monotony “if i hang around these streets too long / I’ll lose sight of the journey I’ve been on” the chorus walks in and turns the lights on, deciding this “Riders On the Storm” scene is too rainy and miserable to bear. And yet, each change feels naturally realized and while the chorus brightens the scene briefly, the return to dreary verses now feels balanced.

“A taste so pure / the final cure” heavy atmospheres, combined with Dougall’s listless vocals recall that of pioneers The Stone Roses, while Toy can also be compared to contemporaries The Horrors in tone. Yet where The Horrors find a groove to explore and to plant a shiny chorus on top of, Toy sound like their are discovering the finished picture at the same time that the listener is. Betting nothing on the chorus and everything on the journey itself “no holding back / you pushed so hard, but then you cracked” the climax of “Dream Orchestrator” arpeggiator synth pulsing ever upward, until disappearing with a sudden crash.

Dougall’s lyrics, which often start each track as throw-away lines, eventually pay off later in the track; “Where she goes / I stay / and everything’s okay / if I’m leaving / I’m still believing” will later resolve itself “Where I go / she stays / it really is okay / it’s pleasing / it’s relieving / that someone feels the same”.

Toy’s third album Clear Shot continues to experiment with shoe-gaze form, each track finds its way through to rewarding conclusions, far from their onset, creating a rich vision that only gets better after repeated listenings.