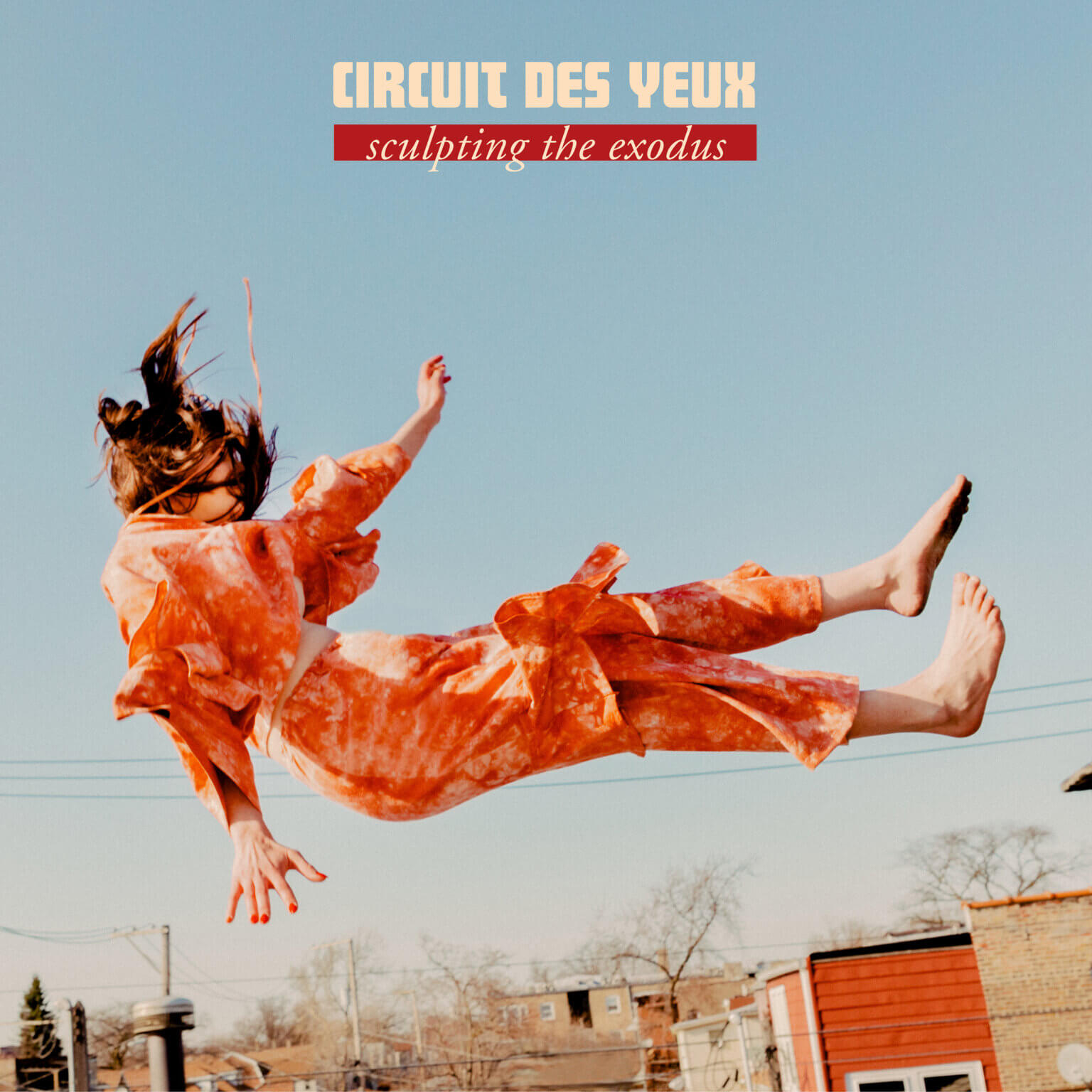 Matador Recording artist Circuit des Yeux has released “Sculpting the Exodus,” the latest single/video off her Matador Records debut -io, available October 22nd. The video was filmed in Chicago during the same session that yielded -io’s cover image, which captures vocalist/composer Haley Fohr suspended in void. To accomplish the shoot, Fohr trained with stunt coordinator Talin Chat (The Mandalorian) to perform a series of 5-7’ free-falls on camera.

Fohr on “Sculpting the Exodus”:

What is Sculpting the Exodus?

It is devotion. It is the well.

It is my grandmother going into hospice, writhing in pain.

It is reality exploding on an island made of sand. It is depression and the isolation of deep grief.

I was trapped in a choir of myself with nothing to grab onto but echoes of past selves.

It obliterated my heart until the only working parts of me were the appendages furthest from my mind. A few notes here A couple notes there…

The fingers were working when nothing else could. And I was fantasizing of leaving like I always do…

Circuit Des Yeux has released albums via De Stijl, Thrill Jockey, and Drag City and toured throughout the world. was put to tape last fall by Cooper Crain at Chicago’s Electrical Audio studio and mixed by Marta Salogni (Bjork, Holly Herndon) with Fohr acting as arranger and producer. Written in the wake of personal loss and recorded in the midst of the pandemic, -io maps a geography of grief – a place where “everything is ending all the time.” While Fohr’s music has never been short on ambition, these songs are striking in their brilliance and strangeness. On -io, Circuit des Yeux has delivered a work that is vivid, immense, and fully illuminated.