Chilly Gonzales has maintained such a steady stream of projects over the years it’s barely a shock anymore when he drops an album. Around his latest album Solo Piano III, Gonzales (aka Jason Beck) put out a documentary (Shut Up and Play the Piano) and has launched his music education program called the Gonzervatory. We caught up with Gonzales ahead of his latest tour dates to talk about entertainment, playing the piano and what he does between records.

Northern Transmissions: How did you want to honour Chico Marx through “Chico” and how did his work personally inspire you as a piano player?

Jason Beck (Chilly Gonzales): Chico was one of the first pianists I saw who flew in the face of my classical training from my grandfather. My grandfather was a displaced European who didn’t want him or his family to lose touch with their culture, so he was quite strict. He was about respecting the composer and tradition. The two examples that showed me something different was watching Much Music and all that pop, and then I saw Chico in A Night At The Opera. He was about respect for his audience, he was respecting the composer, but that was much more invisible. This attracted me but I was never able to put words to it. My piece “Chico” itself has a kind of false virtuosity to it, it can seem impressive but ultimately I’m writing for myself. I only channel myself so I can just go with what comes to me naturally. I think that’s what Chico was doing on the ship in the movie, it’s technically brilliant but it’s virtuosity for entertainment’s sake.

NT: You also dedicated the song to Eric Andre of all people, what inspired that choice?

JB: He’s really the modern day Chico Marx, he might not be using all the same elements but in his own way he’s creating a lot of energy. It’s quite extreme, and he actually has training as a jazz bassist as well. You can hear it and feel it in what he does, comedy is all about timing and you can see him bringing that music into it. In his own way, he is very musical, it’s just more abstract and performance based.

NT: What led to the more dissonant and less certain sound of this record compared to the previous Solo Piano records?

JB: It crept up on me in a way. When I’m actually composing I don’t think about what I’m doing, thankfully, I’m still a mystery to myself. Like every artist I just do what I do, and sort it out afterwards. I’m an artist when I compose, but I’m an entertainer though the second I plan a concert, pick a song title or have label meetings. I noticed I was interested in unresolved harmonies or wrong notes that don’t go where you think they will. I also did a lot of odd time-signature work which wasn’t intentional. It seemed to brainy to me, like jazz-fusion, but you have to go with your actual instincts. All of these elements crept in, and there were a lot of non-repeating phrases, which meant it would be less accessible but I decided “Let’s go to war with this army.”

NT: How did your recent collaboration with Ibeyi come about and how did that creative effort differ from what you’d done with other artists?

JB: In the end it wasn’t too different. I tend to work with people that I have a personal, as well as musical kinship with. I like to feel like I have a circle of musical friends, or even musical family like Feist and Peaches. Ibeyi and I met on a radio show, they said they listened to Solo Piano every day when they were 12. It was so touching to think I got into her ears so early. We kept in touch, got coffee, and it becomes natural to invite each other over to listen to something you’re working on. It’s rare that the bat-phone rings, even Daft Punk came from a long friendship and then me being in the right place at the right time. I had a layover in L.A. one day and I had remembered Thomas told me they were there working on material. I called and they invited me into the studio. That turned into this 90-second piano interlude and a Grammy. With Drake I was just asked to accompany him at the Junos, which turned into a studio visit, which turned into a session, which turned into my credit on “Marvin’s Room.”

NT: How did you “Shut Up and Play the Piano” documentary come about and how was it reflecting on your career?

JB: It wasn’t my idea to do the movie, but I thought it might be a good time to check in. I thought of it all as “Previously on Chilly Gonzales…” which is what I wanted to call the movie, they thought it would be too cheeky. It allows me to see myself at the end of the trilogy, pivoting to things like the Gonzervatory or my book, and the transmission of music beyond just albums and tours. My personal life has also changed to something less frantic, and I may have eaten enough for my ego. All of this sort of accumulated, so I thought maybe this is the right time to look back on my career. It also was interesting to try and capture the feeling of one my concerts, so I hope we came close.

NT: What was the initial concept behind the Gonzervatory and where do you see it going on its second year?

JB: I want to continue to do it every year. I feel like I can sniff some unified feeling of performance. It wasn’t about music though, there were no pianists there, and I didn’t once tell anyone what chord they should play unless they asked me to. I was there to figure out if you could teach someone who doesn’t feel born with charisma or the extrovert gene that people presume I have, is there a way to teach that energy. You have to do things like speaking, being funny, wearing a bathrobe, and all these things I do to enhance my music, because music is never enough. People should be aware of what they’re giving off on stage, audience psychology and how to build trust with an audience. What does it mean to plan and then improvise, because the minute you get on stage you might have to let the animal out to make the audience feel close to you. That’s what I’m trying to teach the students, along with creating authentic moments every time they go on stage. 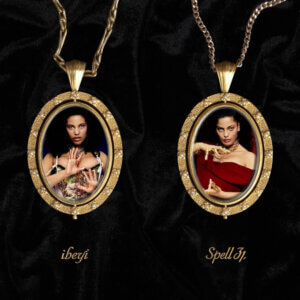