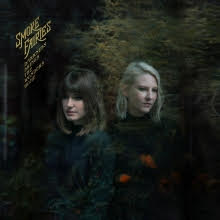 UK duo Smoke Fairies, recently released their new single “Chew Your Bones”. The song is lifted off their forthcoming release Darkness Brings The Wonder Home, which drops on January 31st. Talking about the single, Katherine Blamire explains “I needed to write about the growing feeling that the world is on the verge of real change, there is the sense that there is this scary, unknown future lurking just beyond us. We’d just adopted a cat and were told to keep him inside because the Croydon Cat Killer had just struck in the area. This sanctioned belief of a mythical killer lurking the streets was terrifying and intriguing. At the same time I was reading Sarah Perry’s gothic, Victorian novel ‘The Essex Serpent’ about a fabled beast that stalks the Essex backwaters. Both these tales came together to help me finish the song.”

Darkness Brings The Wonders Home with producer Phil Ek (The Black Angels, Fleet Foxes, The Shins) over the course of a rigorous month-long session in Seattle, drawing inspiration from mysteries both real and imagined: sea monsters, flocks of crows taking flight in extravagant formation, and strange creatures dwelling in the mud near their new South London abode.

“Times of darkness are when people are often the most imaginative,” says Jessica in reflecting on the album’s title. “It helps you to see all the wonders of the world you hadn’t noticed before – the things you’ve been blind to because you’ve been on autopilot for so long.”

In support of the release of ‘Darkness Brings The Wonders Home’, Smoke Fairies will play an 8 date UK tour, their first full headline tour in the UK in 5 years. It follows a sold-out single launch show played in London last month in association with Rough Trade to celebrate the release of a limited edition 7” picture disc of tracks “Out Of The Woods” and “Disconnect” (which sold out on pre-order and landed the band at #3 in the UK Vinyl Singles chart).