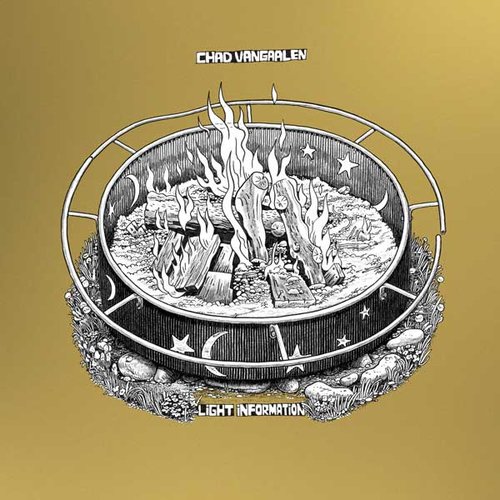 Seven albums in, Chad VanGaalen seems to be at the top of his game. After stints not only making music but also animating and producing records for bands like Alvvays, VanGaalen has seemingly no end to his creative well. Through simple catchy rock made fascinating through VanGaalen’s ability to take sounds into bizarre frontiers the record strikes the perfect balance between ambitious and accessible. While VanGaalen claims he might be running out of ideas for music soon, this record seems to say otherwise and wouldn’t be a bad final album either if he was.

In an engulfing sweep of synth and bass, “Mind Hijackers Curse” opens the album with a steady chug and chirps of life. VanGaalen’s sense of catchy melodies is just as heightened as the song’s unreal sense of energy, with synths bursting out every few bars. Taking a funky groove push, “Locked In The Phase” takes some simple hooks and lets the sound crafting take the song higher. Finding a sweet spot between his simple pop song writing and the more ambitious key tones, VanGaalen makes something really unique.

“Prep Piano and 770” finds VanGaalen exploring the depths of his mind with the bizarre tones of a Korg 770, making easy one of the most eerie pieces on an indie record you’ll hear this year. Pulling these tones into hard melodies, “Host Body” evolves out of this with raw guitars and sandy harmonies. VanGaalen really is the master of tone here as he lays out a feeling and then completely shatters it in the stunning explosions of keyboards every chorus.

On a much more sombre note, “Mystery Elementals” dwindles on light guitars and sonic bursts, before a steady rock beat kicks its emotions to 11. Cranking the distortion and ramping up his knack or melodies he turns the song from barebones to fully fleshed out and one that will grip listeners on a deeper level. “Old Heads” takes a terrified cry at the future of technology and its grip around our lives as VanGaalen emulates tech through his keyboards. Layering his vocals over and over, he makes a haunting delivery that gives each of his verses even more worrying tones to them.

“Golden Oceans” runs on dirty rock beats and even grittier guitars, as VanGaalen emulates a more euphoric Black Lips sound. Through each descending chorus hook the melodies are intoxicating and despite claims that he may be running out of song ideas, VanGaalen clearly is having aw lot of fun here between the stomping verses and mind-bending bridges. Much more twisted riffs dance around on “Faces Lit” as VanGaalen sings in and out of the guitars. Along with the interplay the commentary on humanity’s slow descent to tech zombies and the psychedelic hooks make the track really pop.

There’s a distinctly more rustic and folk tone to “Pine and Clover” as VanGaalen delivers a much more raw and intimate song. While without many of his signature bizarre sounds, the way he plays with vocals and weird recording will offer enough to make the fun riffs sing. Like the other slow reveals on the record, “You Fool” eventually opens up to a hefty beat and goose bump inducing key line. Thanks to a hearty cry in his choruses on top of all the layers of sound and harmonies, it’s easy to get over a slower start.

“Broken Bell” drops listeners into a hazy wash of cymbals and slow ringing guitars, as VanGaalen laments on the passing of time. Hitting the records emotional climax, he brings a powerful solo even higher by decking it out with layers of feedback and all the strange sonic attack that he does so well, making it moving to say the least. “Static Shape” closes the record on the most single-ready sound of the record, as VanGaalen takes a simple drive and buries it in tons of weird effects and spritely harmonies. Along with the catchy hooks and extra little synth notes, it’s cool to get one of the album’s best tracks right at the end.