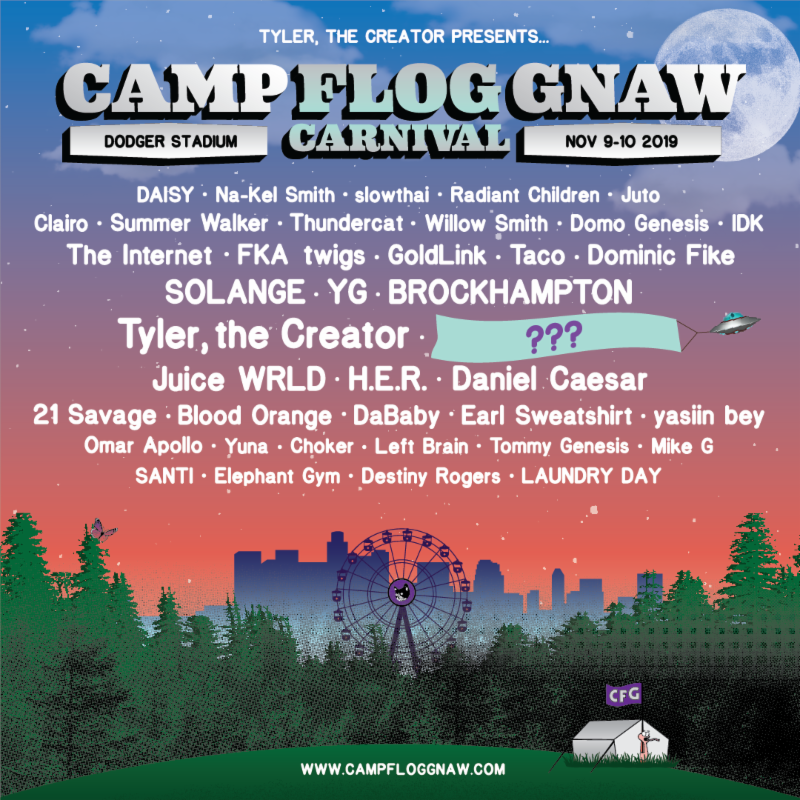 Tyler, The Creator has revealed the eighth annual Camp Flog Gnaw Carnival lineup. This year’s Carnival will feature performances from an unannounced headliner, Tyler himself, Solange, YG, FKA twigs, Juice WRLD, and BROCKHAMPTON alongside performances from breakout artists Clairo, DaBaby, Omar Apollo, Dominic Fike, Summer Walker, and more. The eighth edition of the festival will be held on the Dodger Stadium grounds, with all of the Carnival’s festivities set to take place in the areas outside of the ballpark itself. Carnival Game tickets require purchase of a pass which is sold separately.

The eighth iteration of Tyler’s festival follows an extremely successful 2018 which featured a lineup that included Kids See Ghosts, SZA, Ms.Lauryn Hill, A$AP Rocky and of course Tyler himself. The Carnival has continued to grow at a rapid pace since its inception in 2012, and the 2019 event promises to be the biggest one yet. Highlights at past Carnivals have included performances by Pharrell, Frank Ocean, Erykah Badu, Anderson .Paak, a surprise performance from Kanye West, and a signature mix of carnival rides and games all curated by Tyler.

Camp Flog Gnaw Carnival has partnered with PLUS1 so that $1 from every ticket sold will go to support arts education for children in the Los Angeles area. The dollar will go to Inner City Arts and their work empowering thousands of underserved young people through creativity by providing equitable access to high-quality visual, media and performing arts education, and Education Through Music-Los Angeles and their work providing and promoting music as part of the core curriculum for disadvantaged schools to enhance children’s academic performance, and creative and overall development. 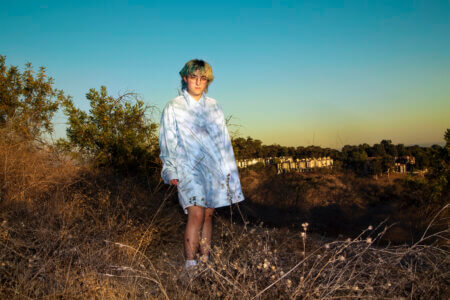