Burna Boy has shared a new video in honor of Nigerian Independence Day, October 1st. “Another Story” featuring Ghanaian rapper and songwriter M.anifest is an impassioned ode to Nigerian independence and is a standout track from this year’s album African Giant. The accompanying visual, directed by Clarence Peters, begins with an impromptu Nigerian history lesson and goes on to show Burna Boy on horseback, leading the audience through a chaotic revolutionary scene featuring burning cars, kicked-in windshields and fallen protesters.

Burna Boy was born in Port Harcourt City and started producing music when he was ten years old. After graduating from school, Burna relocated to London for university. After two years, he dropped out and moved back to Nigeria to pursue his passion. A creative by the name of LeriQ allocated studio space for Burna to record and produce. His father always listened to dancehall and reggae music, an early influence and integral part of his musical style. Burna’s grandfather managed Fela Kuti for the first 15 years of his career, a relationship that would come to shape Burna’s sound and his understanding of himself as an artist that represents Nigeria, and more broadly Africa, to the world. Burna Boy classifies his own music as Afrofusion, a genre he coined. 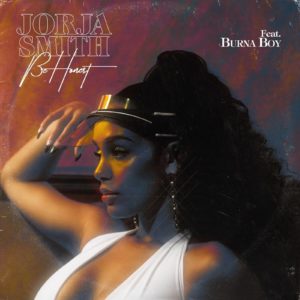