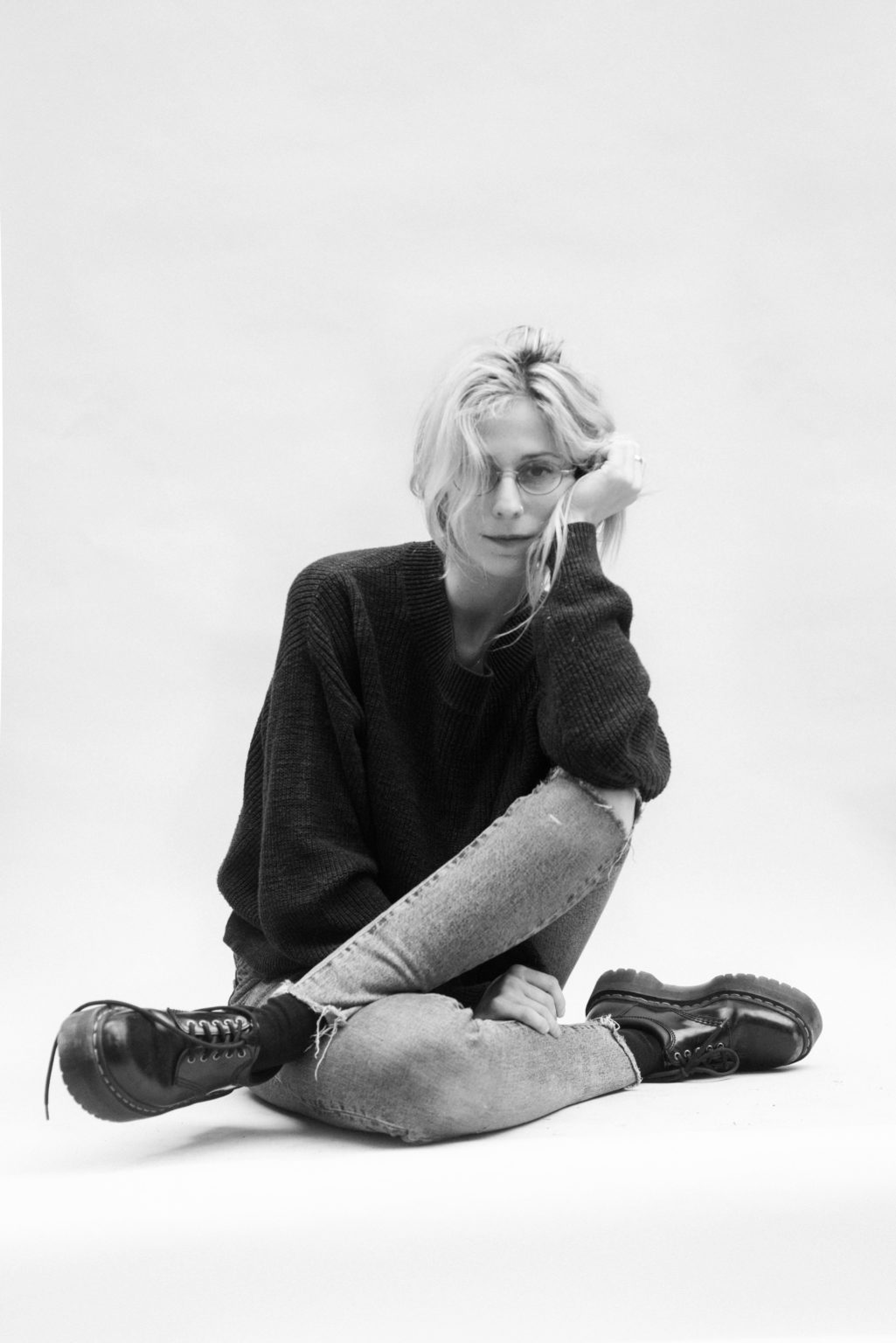 There’s an old saying that sometimes you need to get out of your own way to make things happen for yourself. This adage is especially apt when discussing the brand new album SUGAREGG by Nashville’s Bully. The solo project from songwriter/producer and engineer Alicia Bognanno, Bully have been crafting some very wonderful records since 2015’s awesome Feels Like and with this latest album Bognanno felt like something drastic needed to change for her to realize the vision that she wanted to put to tape. After some extensive touring for her last record Losing, Bognanno found herself back at home and ready to jump into writing a new album but decided to, as she puts it with a laugh, “get my head out of my ass for a second.” Her self deprecation aside, Bognanno describes a process that sounds like it was super freeing for her and went towards making SUGAREGG the amazing album it became.

“I was in a better state mentally then I had been,” explains the charming musician via a zoom call from her home studio. “I had parted ways with my guitar player that had been working with me for the last bunch of years and my bass player wanted to go to grad school. So, starting this one without the guitar and bass players from the last records and making the decision to not engineer this one was a big change for me.” Bognanno has extensive experience as an engineer and this became “part of the story of Bully”, she says with a chuckle, but the choice for her to step back from that role and put her trust into someone else was something she felt needed to happen. “It was feeling really stale. Something needed to be done. I wanted to part ways with my old guitar player because that relationship wasn’t feeling super creative anymore. As a writer and an artist to be able to kind of restart everything with a clean slate and go from there, working with an engineer and producer, was really great. I didn’t want to half ass this change.”

Bognanno jumped head first into this new direction. Enlisting studio veteran John Congleton, a Grammy-winner who has worked with everyone from St. Vincent and Sleater-Kinney to The War on Drugs and Modest Mouse, and headed up to the remote Pachyderm Studios in Cannon Falls, Minnesota. There was still some hesitancy on Bognanno’s part though. While she was really wanting to hand over the control she had been previously used to, she didn’t know if it would be an easy transition. “Oh my god, yeah I was hesitant to do it,” she says with a laugh, “I didn’t know if I would be a total nightmare in the studio for who was going to produce and engineer the record and I didn’t want to make anyone feel bad. So much of Bully’s story is that I engineered the records but I don’t give a fuck about that and I realized I wasn’t worried about it. I needed to spend my time in other places. That’s what my job was for this record but yeah, I thought I was gonna be way worse,” she chuckles. The majority of the heavy lifting needed for SUGAREGG was already done though as Bognanno likes to be super prepared before she heads into the studio to record. “Oh yeah, I want to make sure everything is good to go,” she explains. “Demos are done, guitar parts, drum parts, vocals harmonies are done. This time though I met up with Zach (Dawes, renowned bass player for Lana Del Ray and Sharon Van Etten) who played on the record just a couple days before at the studio but normally I like to give myself a safety net just in case I get in there and am not feeling well or whatever but I left Pachyderm feeling that the record was fully done and sent it off to everyone, my manager and the people at Sub Pop. With the last record I was in the mind state that I didn’t want anyone to hear the record before I felt that it was fully finished and when it was, I just sent it off like, ‘Fuck you, here’s the record’, but for this I wanted everyone to have a chance to listen and voice their thoughts about it.”

After some conversations with her manager, Bognanno decided though that SUGAREGG needed something else to help make it feel more complete and even though knowing there was more work to be done, it was a positive step for her. “I wanted to be able to ask for help. I wanted my manager and myself and the label to be all on the same page. Everyone at Sub Pop is great and very supportive so I went home for five months and wrote a bunch more demos.” The resulting songs were taken up to Palace Studios in Toronto with producer Graham Walsh (Alvvays, METZ, !!!) and out of the four songs recorded, two of them stuck. Those two, “Where to Start” and “Let You” turned out to be two of the pivotal album’s tracks. “I ended up recording 18 songs and it’s so weird when you actually go through the track listing, everything ends up changing. There were certain ones that I thought would definitely make the record but didn’t. Originally I had everything on my iTunes playlist and it all ended with the song “Hours and Hours”, which is a little slower and that felt like that’s where the album should naturally end but the song “What I Wanted” was accidentally tucked in after “Hour and Hours” and it seemed to end it all on an upbeat note. I think that really tied it together. It felt right for this album to end with no drama and positively.”

That sentiment basically sums up where Bognanno is in her life right now. With all the changes she had to endure, personally and professionally, over the last couple years to have SUGAREGG as the culmination of that journey seems appropriate. Unfortunately, to have the Covid 19 crisis derail any immediate touring plans for the album, Bognanno has resigned herself to be as busy as she can at home. “I needed to kind of learn how to redirect my routine. I love to exercise to keep my head right and that is something that I was able to figure out but not knowing when we are going to tour again is tough. I’ve realized that a lot of my social fulfillment came from after shows at the merch table connecting with Bully people. I miss that a lot and that was kind of something that I never really thought about before all this.” She has shot a couple of great videos for the record, done remotely with long time collaborator Alan Del Rio Ortiz which have been wonderful experiences for her. “I know Alan enough to trim the garbage I shoot,” she says laughing, “but it was interesting to not be around anyone else but great not having to lip sync my songs in front of a whole bunch of people.” Bognanno’s journey to create this new chapter of her artistic evolution that begins with SUGAREGG, has been a remarkable tale of resilience and growth. As a person and an artist, Bognanno has shown that her ability to self reflect, her motivation, drive and, first and foremost, her talent have proven that with or without a pandemic to lock her down, she will still thrive and when her and her band are able to hit the road again to share these wonderful songs, we are all in for a huge treat.