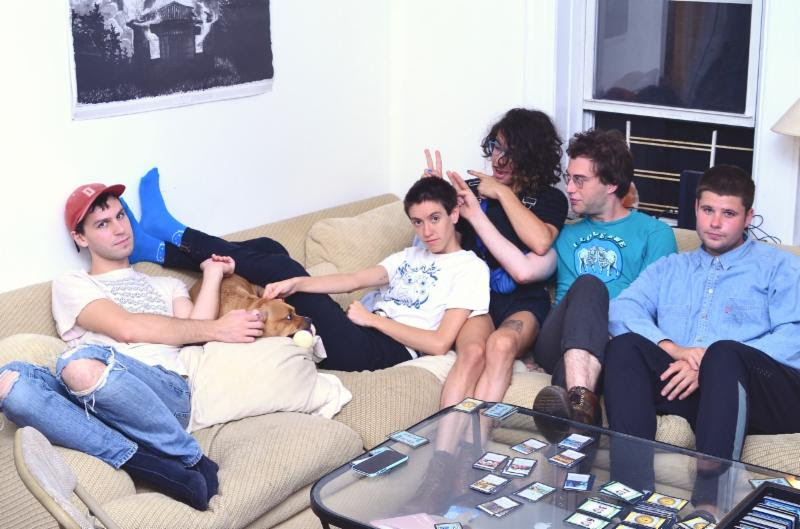 Today, Bellows have shared “Bully,” the latest single from their forthcoming release, Fist & Palm. The album due out September 30th via Double Double Whammy.

Bellows have also announced a Fall tour with PWR BTTM and Lisa Prank, as well as a Record Release Show at Shea Stadium in Brooklyn on September 30th. All dates below.

Bellows is the bedroom-recording project of songwriter and producer Oliver Kalb. The sound of Bellows is sensory and delicate, subtle and quiet but erupting with frantic wobbling drums, large orchestral sections and bursts of noise that push the conventions of pop and folk. Started in late 2010 in a dorm room at Bard College, Bellows has since blossomed from solo recording experiment into a large-scale rock band, employing the help of The Epoch collective to bring Kalb’s intimate home recordings to life on stage. The live band features Gabrielle Smith (Eskimeaux), Felix Walworth (Told Slant) & Henry Crawford (Small Wonder), each of whose particular sensibilities work to translate Bellows’ intimate recordings into sweeping, loud, and intense live performances.

Bellows’ forthcoming release Fist & Palm, marks a drastic change in Kalb’s sound. Mixed by Jack Greenleaf (Eskimeaux, Sharpless), the record experiments with aggressive sequenced drums and electronic sounds, taking its influence as much from contemporary pop as it does from early 2000’s Pacific-Northwest lo-fi. Fist & Palm will be released on September 30th, 2016 by Double Double Whammy.