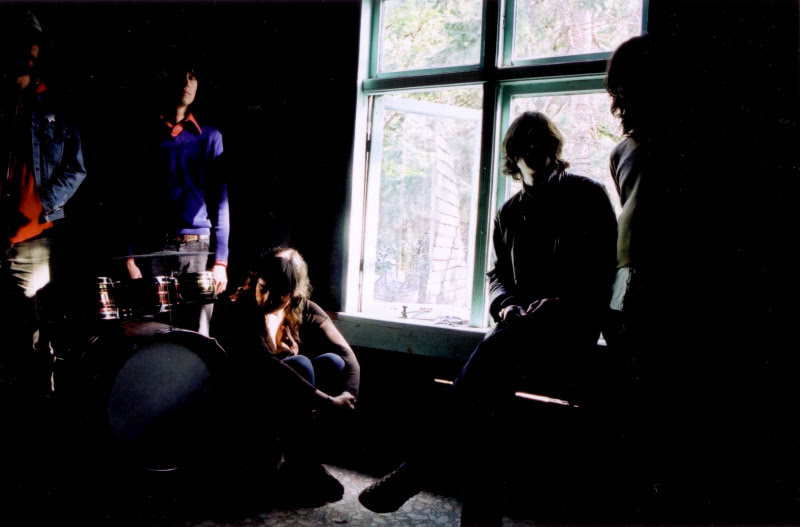 Jagjaguwar have announced the release the 10th Anniversary Deluxe Edition of Black Mountain’s self-titled debut. It’s a record that took the band out of the relative obscurity of their previous incarnation as Jerk With A Bomb and into the national spotlight, even leading to an opening slot for Coldplay.

“Jerk With A Bomb was playing a show at Pat’s Pub in Vancouver. It must’ve been 2003. The night before I had a dream that if we were called Black Mountain we would become an unstoppable rock’n’roll force. In the morning a banner was created on an old sheet with a few jiffy markers and our opening theme song was composed. I believe we played it live a few more times enhanced with synchronized dance then left it to rest for 10 odd years on a mini disc in a dusty box, but that evening through dream, banner, and song, Black Mountain was born.”

The 10th Anniversary Deluxe Edition is a double-LP including 8 bonus tracks on limited edition colored vinyl, using foil-print on the first pressing of the litho-wrap gatefold packaging. The records themselves are limited-edition color matched grey double vinyl, as well as standard black vinyl and double disc CD, which are also available with limited edition foil-printing. It includes the original classic album paired with the Druganaut 12″ plus 4 previously unreleased tracks.