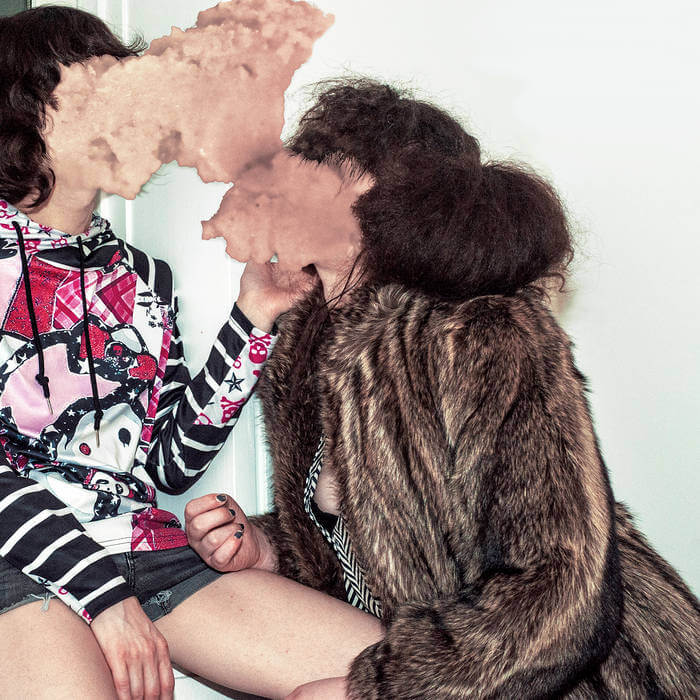 Forget Your Own Face

Some music groups have a knack for bombarding the senses with a ton of elements within an album. Usually the record starts with a track that hits like a punch of face while exuding a chaotic angst that’s accentuated by the music backing the screaming vocals. Then it ends with a sonic dose of honesty as sort of a farewell until the next installment. Toronto noise pop duo Black Dresses have this going on with their sixth studio album Forget Your Face that came out on February 15. A barrage of industrial, hardcore, synthpop and dare I say chiptune characteristics encompasses the record from beginning to end.

To be fair, I’m a complete novice when it comes to this project from Ada Rook and Devi McCallion and this album is my first introduction to their sound. It reminds me a lot of the New York City electropunk act Mindless Self Indulge but this is just better. That act from The Big Apple can come off as annoying and contrived at times while Rook and McCallion are doing something more real and authentic in a similar vein. The beats and overall arrangements within this album are rapid and intense, which instantly gets my attention. There are some low key moments as well but for the most part this is a record that mirrors what it’s like to be yelling at the void by yourself in an introspective sense.

I don’t know who had the idea for the album cover, but it’s definitely burned in my mind. Both Rook and McCallion’s faces look like they got pressed down to look like deformed silly putty pancakes. I understand this has nothing to do with the actual music, but I felt like I had to make this known because the image is striking. When it comes to the music, the tracks “U_u2”, “Money Makes You Stupid” and “Earth Worm” and “Doomspiral” highlight the album. They each best exemplify the structural madness that’s apparent while having synthy qualities that make them substantial in their own way.

I understand that this is Black Dresses’ second release since becoming a studio only entity due to McCallion dealing with harassment, which sucks on numerous levels and I’m sorry that she had to deal with that. With that being said, I think this will open new creative avenues for the duo since they don’t have to worry about bringing it to a live audience. If their future output sounds anything like this new album, then I’ll be intrigued to see how they evolve in this format. This is coming from a person who doesn’t habitually listen to this kind of music so take what you will from that. Speaking of taking, take this album into consideration for your music indulging activities especially if you like distorted electronic based tunes accented by screaming vocals that can be mellow at times.