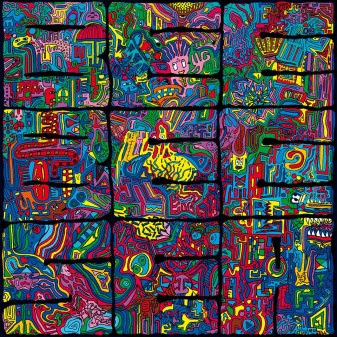 Italian rockers Bee Bee Sea put extensive detail into their lively pop, and on their sophomore record, it pays off more often than it doesn’t. On a record so intricate that it fits its own name perfectly, the band does trip up occasionally on the writing around its sound. But while their catchy punk may be a little unpolished, it sure is a lot of fun to listen to.

Dense but defined in its mix, this album never lets its vicious energy get ahead of a great sound. Even through the loud guitars and shrieks of “Sonic Boomerang,” every little melody and piece of the puzzle is given room to stand out in the song. This said, the record’s explosive spirit is definitely its standout, as the band shreds through their songs with unbeatable spirit. “D.I. Why Why Why” brings the drums to the forefront, as they give a revitalized take on what the Black Lips have started to have trouble with in recent years.

While derivative their sense of pop shines in every song, but none so much as the sunny and warm “I Shouted” as an already uplifting song blooms in every chorus. Managing unbelievable sonic intricacy within their guitar lines, even under all the distortion, they prove themselves as a band that has much more to offer than their fiery sound might suggest. Rushing with a gritty riff and a drum line that oozes dance-floor life, “This Dog Is The King Of Losers” never lets up in the slightest. Peeling back layers, the song not only finds the band at a vivacious pace but exploring the dark ends of their sound too.

“Chum On The Drum” ironically feels like one of the more standout melodic tracks on the record, giving their always strong beat-maker strong production despite a more backseat role. When the song starts to feel like it’s falling too much into familiar territory, they veer off into a neon-tattered bridge that recalls some of the Growlers City Club. The band is often set apart on this record the most by their unique vocals however, which gives the most familiar tracks like “Psycho Babe” enough staying power to keep listeners focused to the meat of the song. Tedious as some of the songs can be, the band really does shine in their diversely-toned bridges, making one wonder what an album driven from these sonic pallets could sound like.

Nevertheless the band is constantly full of electric pop writing that sets the soul ablaze, letting the punk fury of “No Fellas” send listeners into a frenzy. One of their finest examples of strange yet effective dynamics, their blasted screams on each chorus are a great counterpoint to the shadow guitar sections in between them. “I Shouted II” subverts their previous warm energy with a solemn sense of defeat, making for an oddly intriguing rehash that completely redefines the mood “I Shouted.” 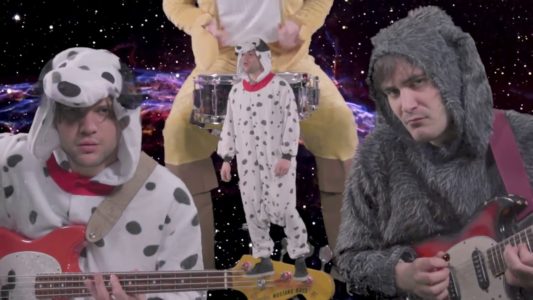 “This Dog Is King Of The Losers” Bee Bee Sea 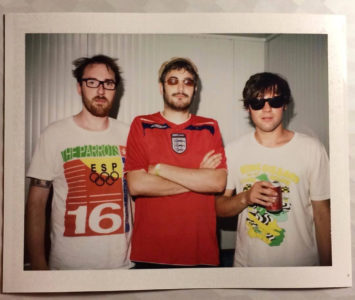