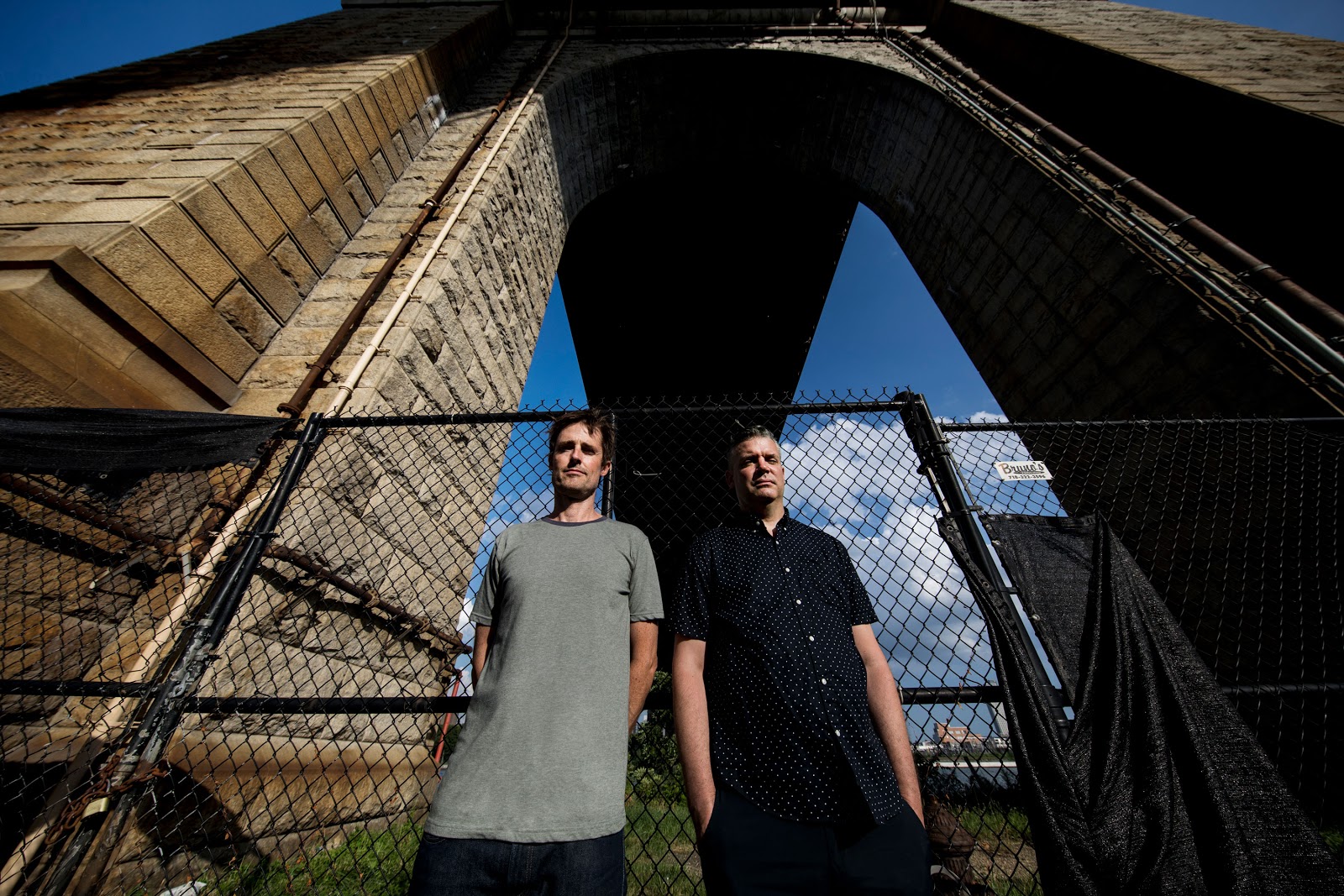 Battles have released a new video for “Fort Greene Park,” the track is off their current release Juice B Crypts , now available via Warp Records. Directed by Colin Read, the clip is a fitting addition to the group’s visual history, a skillfully shot meditation on movement rendered via a loosely choreographed panoply of DIY transportation-enthusiasts. The treatment is fitting for the sprawling instrumental, whose steady, controlled pace and pastoral melodies are reflected by the band performing the song on flatbed carts being towed (and accompanied) by a small army of skaters, cyclists, joggers, scooterists, rollerbladers, and veritably every other method of self-transport. As the crew make their way through parks, neighborhoods, and industrial backstreets, the clip breathes life into the album’s distinct New York influence.

The video is personal for the band, featuring a number of friends and family members. Guitarist Ian Williams says, “A lot of things going on here for me. My daughter called her little brother Juice B Crypts when he was born. I didn’t know what that meant. But here the opening shot is of him climbing the Prison Ships Martyr Monument in Fort Greene Park, which is an actual crypt, and near to where I lived for 13 years. The place played a central role in my life for a long time. On another level, one of the guys from the building where I live rides an E-Unicycle around my neighborhood and was the original kernel of an idea for this video. So he and his friends are the e-unicyclists. My daughter and her kindergarten friends are the kids on the scooters. Other friends of ours are some of the skaters. And Colin elevated the concept of the video extending it into a broader story about the evolution of human transport which is a contentious issue these days in our city of New York. But in the end, it just a love letter to the place we live. New York City.”

Drummer John Stanier adds, “It was an absolute pleasure working with Colin Read and everyone involved! Taking an original tiny idea and transforming it into this visual masterpiece was no easy task. The most fun I have ever had on a video shoot!”