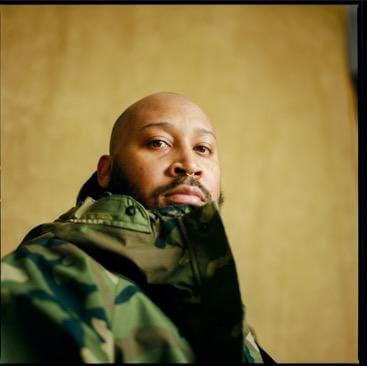 Bartees Strange has shared new single “Heavy Heart.” The track is his first for legendary label 4AD, in which he has also signed with for his next album. Born in Ipswich, England to a military father and opera-singer mother Bartees Leon Cox Jr. Eventually, Bartees started playing in hardcore bands in Washington D.C. and Brooklyn, as well as working in the Barack Obama administration and (eventually) the environmental movement. Since becoming solo artist, Bartees Strange has released two records in quick succession: an EP reimagining songs by The National (Say Goodbye To Pretty Boy, 2020) and his debut album proper Live Forever.

On new song “Heavy Heart,” Bartees is letting go of the guilt he has felt for years; guilt for his father’s sacrifices to build a better future for his family; guilt for the recent passing of his grandfather; guilt for the time he spends on tour and away from his partner; guilt for experiencing success while everyone else in his life was suffering after the release of Live Forever during the first year of the pandemic. Relinquishing those feelings Bartees is hoping to move forward and towards an optimistic future – celebrating the wins even when life can be heavy and hard. The first hint of new music in two years, the single is accompanied by visuals directed by Missy Dabice who places Bartees front and center. Echoing many of the themes of “Heavy Heart,” Bartees also proudly wears his father and grandfather’s clothes as a tribute to them.

To coincide with the release of “Heavy Heart” Bartees Strange has also announced details of his debut UK and European headline tour taking place throughout July.