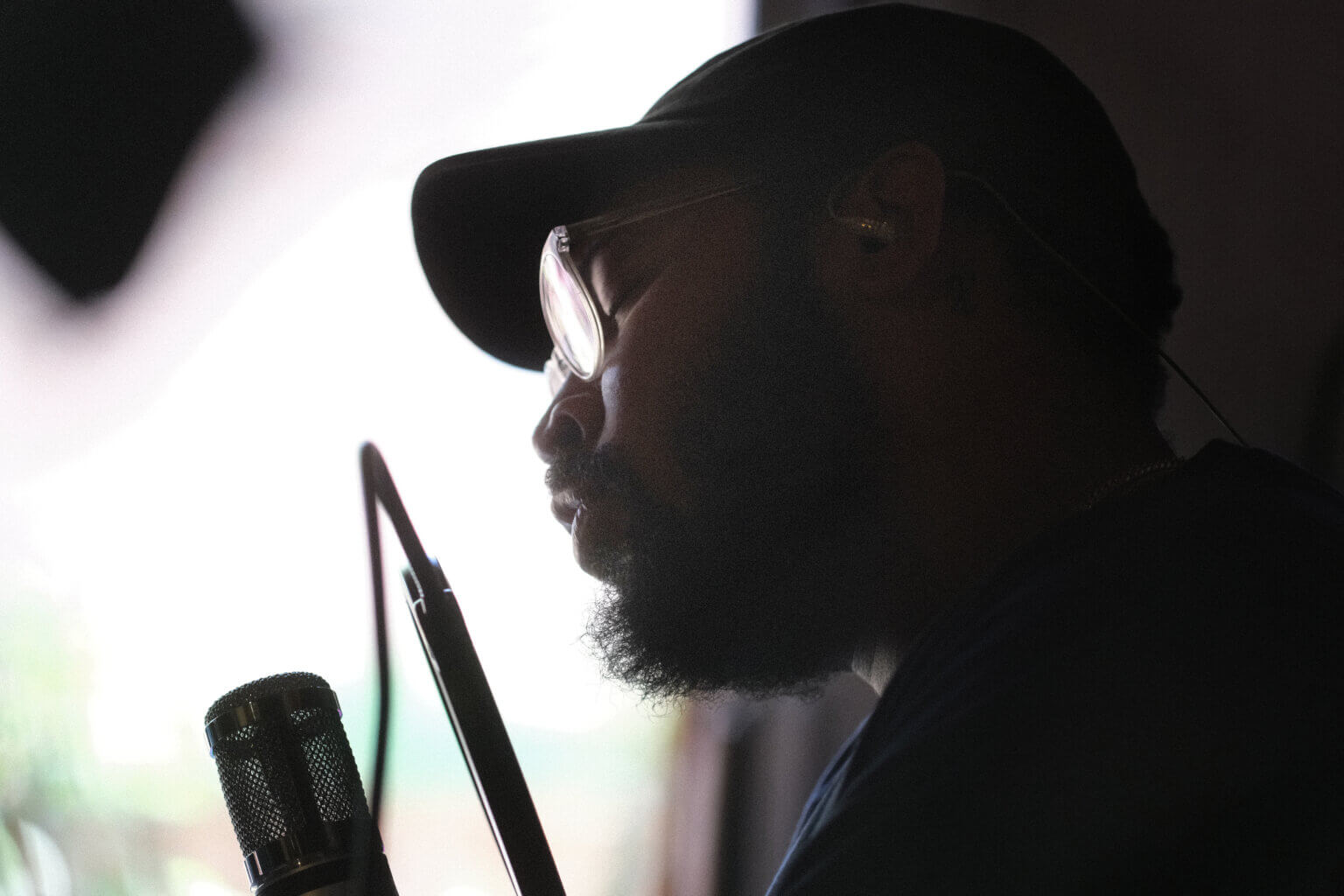 Bartees Strange covers "About Today" by The National. The track is for for SOUND OF SAVING
Share on TwitterShare on PinterestShare on PocketShare on RedditShare on FacebookShare on Email

Sounds of Saving created “Song That Found Me At The Right Time” to help promote honest, intimate conversations about mental health. With each episode they team with a musical guest who identifies a song that changed their life. Today they share the latest installment featuring Bartees Strange who chose to discuss and cover The National’s “About Today” He says, “I started going to the shows and like I’d never heard punk music or hardcore music or noise music or thrash or any of that. But I fell in love with it because my mom is an opera singer, so my experience with music was always so highly trained and it was incredible to see like a hundred people in a room…losing it to something that wasn’t necessarily melodic. It was just emotional and it reminded me, you have church in a way, there’s like this thing happening where we’re all feeling it and we’re all connecting. And it’s this beautiful reminder that we’re all kind of the same, which meant a lot to me when I was 16.”

Sounds of Saving share, “We’ve had our eye on Bartees Strange since his early cover EPs. His unique take on the type of guitar centric music that he said got him through his angsty teen years in Oklahoma was one thing, but when we finally heard his original music we knew we wanted to work with him. It made perfect sense to us to hear about his ‘Song That Found Me At the Right Time’ by The National, a band alongside TV on the Radio, that Bartees frequently refers to as influential and life-saving for him.

Soon after we shot the video Bartees signed to the label 4AD. It was special to catch Bartees on the verge of what appears to be rising stardom. While making his early music in the DC suburbs, Bartees concurrently worked at nonprofits and even in the Obama administration and dove into the DC hardcore scene. Serendipitously, Brendan Canty – legendary Fugazi and Rites of Spring drummer- was the DP on this video we shot in DC, making it an extra special full circle project for all for all involved.”

With “Song that Found Me At The Right Time” SoS emphasizes the impact of music of all genres on human connection, coping during difficult times and maintaining mental wellbeing. Engaging with musicians, the series reveals how a song found each artist at the right time, as well as sharing how each artist has managed to cope and even thrive in the face of difficult times and emotional crisis. For every one person that dies by suicide, 316 people think seriously about suicide but go on to live out their lives. These are untold stories that must be shared. During the pandemic approximately 1 in 4 young adults has had suicidal thoughts.

Past collaborations for “Song that Found Me At The Right Time” include Allison Russell (Tracey Chapman’s “Behind The Wall”), Noga Erez (Anderson .Paak’s’ “Who R U?”), Langhorne Slim covering Cat Stevens’ “Here Comes My Baby,” Cassandra Jenkins who performed her take on Eartheater’s “Faith Consuming Hope,” and Sharon Van Etten lent her voice to the series with her version of Nine Inch Nails’ “Hurt.”

The National Suicide Prevention Lifeline provides free and confidential emotional support and crisis counseling to people in suicidal crisis or emotional distress 24 hours a day, 7 days a week, across the United States. The Lifeline is a national network of over 150 local crisis centers, uniting local resources with national standards and best practices. Funded by the U.S. Substance Abuse and Mental Health Services Administration (SAMHSA) and administered by Vibrant Emotional Health, the Lifeline is a leader in suicide prevention and mental health crisis care. Since its inception in 2005, the Lifeline has engaged in innovative public messaging, development of best practices in mental health, creative partnerships, and more to improve crisis services and advance suicide prevention for all. Suicidepreventionlifeline.org

find about more on Sound on Saving HERE