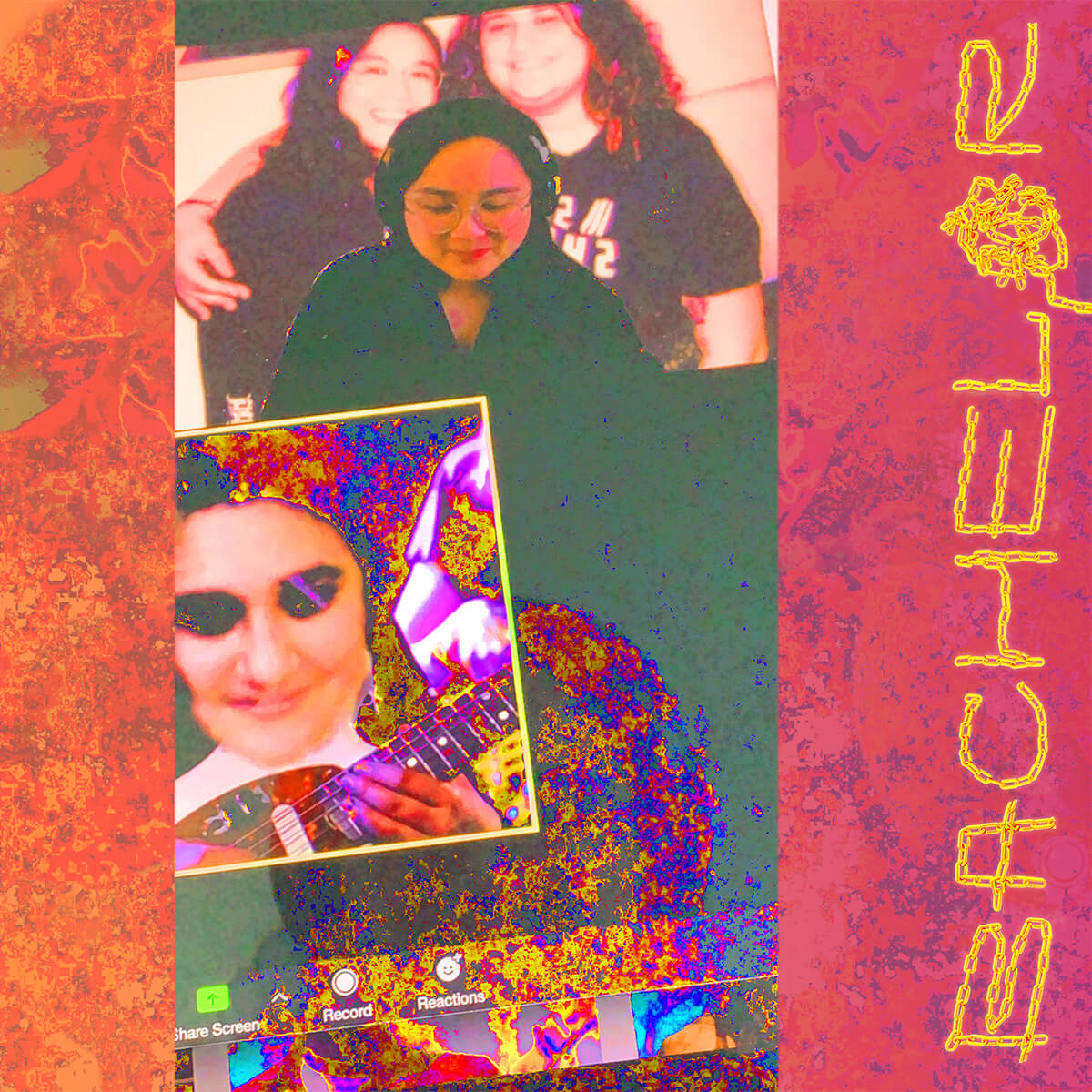 There are those special moments that you’ve spent with a friend that can make you feel like you’re on top of the world. Just two people, being their best selves, sharing secrets or doing nothing at all. Sometimes these memories can tower over some of the bigger moments in one’s life. When Melina Duterte of Jay Som and Ellen Kempner of Palehound met for the first time in the green room in Sacramento venue, one of those great friendships was formed.

The duo immediately bonded over a shared love of each other’s songs and it wasn’t long before the idea of collaborating came about. The result of this collaboration is Bachelor and their affectingly elegant album Doomin’ Sun. Holing up in a rental house in California at the start of 2020, Duterte and Kempner spent two weeks writing and recording the songs that make up the record and listening to it feels like spending those special times with a good friend. While both are wonderful musicians and songwriters, together their charm is even more undeniable than it has on prior recordings, and that is saying a lot. Doomin’ Sun unfolds at an easy pace, gently burrowing in your head and making you want to return to these moments over and over again.

Lead track “Back Of My Hand” kicks things off perfectly and will make you sit up and take notice. These songs aren’t b sides, left languishing in the back of a notebook waiting to find a place where they fit but wholly realized original songs. The slinky distorted guitar line that carries “Back Of My Hand”’s verses open up into airy choruses, filled with synths, and the pair’s pitch perfect harmonies. Dutete and Kempner seem to enjoy jumping around stylistically and blowing past genre tropes. “Stay In The Car” is quintessential power pop. Buoyed by their soaring vocal melodies and a guitar attack that wouldn’t feel out of place on a Pixies record. “Went On Without You” is hauntingly tense. The duo’s sing-song, almost nursery rhyme-esque melodies are countered by the guitar’s aching arpeggios and the drums’ stutter start and stops. There are so many highlights throughout Doomin’ Sun but the gem of the album is “Sick Of Spiraling”. The track has this breezy feel with a earworm of a lap steel guitar that accentuates the song’s nature. When Duterte and Kempner sing, “I’m scared out of my mind/and I need your love” before the George Harrison indebted guitar solo kicks in, it is absolute bliss.

Doomin’ Sun is the product of mutual respect and friendship and you can literally hear how much the two members of this band care about each other and the music they make in every note sung and strummed. Two weeks to craft, write and record an entire album from nothing seems like an insurmountable task but not when you have the right people involved and on Doomin’ Sun, Melina Duterte and Ellen Kempner prove that they are more than just the right people. They are the best ones for the task, two of the better songwriters we have right now and it is a treat to share in the joy they create together.