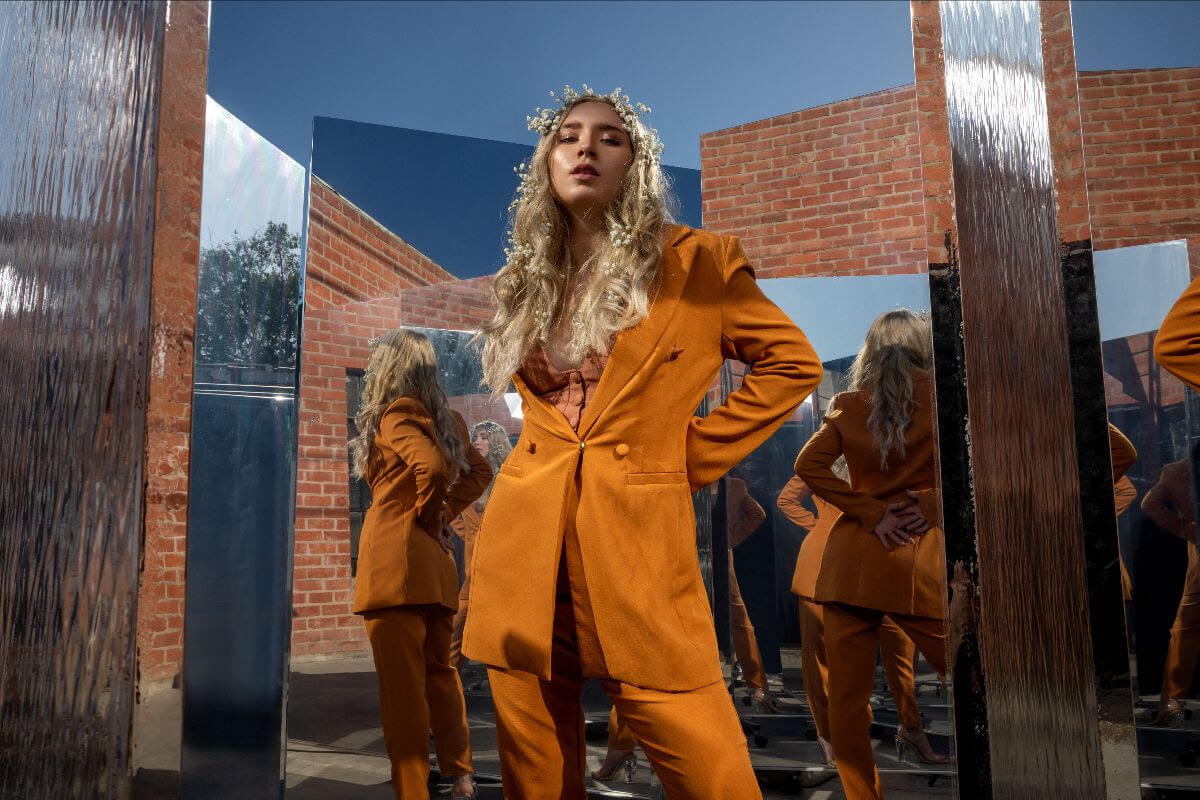 Funny enough, I wrote this song when one of my friends took too long to text me back. I always say that songwriting is my time to be a drama queen, since I’m pretty chill and non-confrontational in real life. But I guess that night, that small thing just sent me spiraling, and every other insecurity I had about that relationship came to the surface and filled the temporary silence on the other line. “open” is a song ultimately about fear. Fear of opening up and letting somebody else into your world, and then fear of the consequences that could rise after: judgement, rejection, and abandonment. I’ve spent so long convincing myself that if I let someone get too close to me, the real me (not the me I think they want me to be), then they will lose interest, and it will hurt a lot more to let my truest self face that rejection instead of the metaphorical mask I wear.

I wrote open using a chord progression that had been tossed to the side during a writing session I’d had earlier that day. My writing process usually starts with just me and one instrument, and then I take it to my producers and we build from there.

Ashlynn Malia felt emotionally starved by her environment and personal fears when she started writing rather be alone. The EP depicts Malia letting relationships last past their initial burst of passion and energy, acting on impulse to be closer to someone and welcoming their need for intimacy, all while accepting some relationships’ inevitable abandonment and failure.

If making those connections means enduring all the overthinking, insecurity, growing pains, abandonment, rejection, questioning of my own self-worth and blurring of my mental vision – then I’d rather be alone, where I’m safe from that type of pain. – Ashlynn Malia

On the creation process of rather be alone, Malia says: We played around, experimented a lot, and didn’t take ourselves too seriously during the process. A ton of the sounds you hear in this EP are original. The first snare in “desperate” is a heavily processed recording of me biting a carrot. The pulse in “alone” is the ticking of a giant clock that we found in Koby’s studio. I think we all genuinely enjoyed working together and finding our collective sound. Looking back at the start of this project, we’ve all evolved so much since. We poured our time, energy, hearts, and souls into this body of work and it’s extremely personal and special.