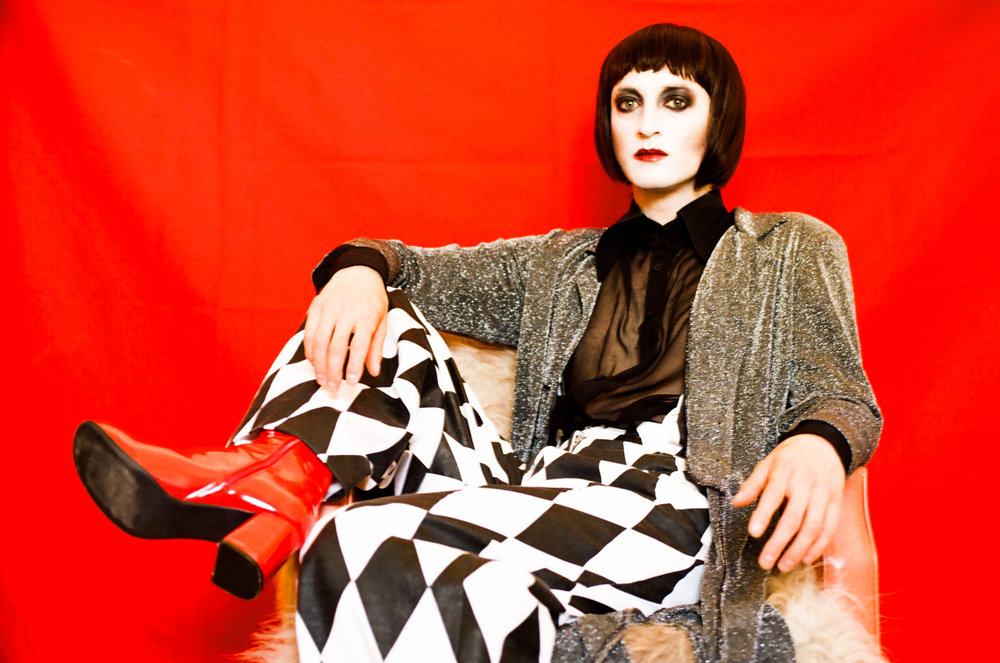 After his debut record sank unexpectedly, Art d’Ecco was forced back to the drawing board. By having to overhaul his sound and production, d’Ecco returned with a totally new sound and enough changes to debut all over again. With Trespasser showing a new side of d’Ecco we caught up with him to discuss putting everything into his music and how he not only felt inspired by his favourite records but found out how they were recorded.

Northern Transmissions: How did playing piano for your grandmother evolve into writing music for Art d’Ecco?

Art d’Ecco: That was a house I used to visit as a child, and I’ve since moved into my own place. I was helping take care of her as things got out of control with her Alzheimer’s. It was almost a snap decision too. Things had been getting mundane in the city life playing music in Vancouver. I had a lot of fatigue and so to reset I packed my bags and went to the islands and took care of nana. I sold off my guitars and at the time I had zero interest really in playing music. I had to overcome a lot of regret for a time, because I had all this excitement in Vancouver and I just completely isolated myself. I somehow fell back into song writing, and once she moved to a home there was just this big empty house with a piano. That all dove-tailed into my collection of songs from a few years back called Day Fevers, which didn’t do much but it got me the attention of an agent.

NT: How did Kira Clavaell come on to direct the “Mary” video and how did you two collaborate on the visuals for it?

Ad’E: Kira is actually Jason’s fiancé too, and she’s an actor. There’s all these connections through the videos to some past connection I made, and there was no cold-calling a production company. With “Mary” I just said I had this vision of a black and white video, with a woman meandering through something. Kira delivered that and I was so excited with the end result.

NT: I understand “Never Tell” was also a video based around The Wizard of Oz meets Lynch and Winding-Refn, so how did you tie that all together?

Ad’E: “Never Tell” was a collaborative effort where I had quite a few things visually that I wanted to accomplish. I do a lot of running out here, so I did a lot of the album listening to the album back on jogs. Weird visions would come to me, and for “Never Tell” I just saw five versions of me playing the instruments through different spotlights. The “Lost Highway” thing was Bill Pullman’s crazy sax moment, which is why I have that suit in homage. “The Wizard Of Oz” was more in the cross-fade and overlay of my face like Oz when they meet him.

NT: What did you want to do differently this time around from Day Fevers?

Ad’E: For all intents and purposes, Day Fevers was kind of like my coming out party as a songwriter. I’d never published or really put out any music in my life as myself, and I was always second-fiddle to someone else’s vision. I met Jason Corbett from Actors, and he was this mentor to me. He produced my two albums and he’s known me since I was 18, he’s basically like family. A lot of the influences I got into in my twenties were all coming from him. Everything from 70s music to post punk to avant-garde. I was a schmuck listening to Pearl Jam and Led Zeppelin when he met me, and he illuminated some genres I never would’ve gotten into. For Day Fevers I was writing on a piano and a beat-up acoustic guitar. I had GarageBand on my phone but I didn’t have the right tools at my disposal to capture the sound-scapes I wanted musically. We’ve since pulled Day Fevers because in hindsight I want to rerecord a lot of the songs. People always ask me where they can get it, and you can only have it if you bought a copy when it came out. We wanted to refocus on Trespasser as the debut for Art d’Ecco.

NT: What was the biggest challenges you faced producing your album by yourself in some ways in your cabin?

Ad’E: I dug deeper, and got more introspective on Trespasser, I went heavily into debt to record it, and really had no means to release it at the time. It felt like a suicide mission for lack of a better word, I was going in there like The Expendables without knowing how it would end up. My agent forwarded it to Paper Bag and a week later I had a deal. There was no back-up plan but it’s snowballed from there.

I did give Jason a credit on the album for producing, mixing and mastering, but I really ought to have listed my co-production. I wrote everything here in the Gulf Island, when I built that home studio and went into debt. I got the demos to 90% in some cases of how it sounds on record. All the lyrics, bass lines, drums were done. I sent him pages of notes on how things should sound, and he would just reply, “Why do you need me, you could produce this yourself.” Jason’s role is two-part, because he’s got a great ear for melody and tone, and when you get demo-itis (locking out the producer) you need someone to say “Do you really need that honking synth when you have a violin. We would sometimes argue for hours until we were blue in the face but we got the album to an elevated level because of it. His best skill-set was as a psychologist, calming my nerves and telling me everything would be okay. I was burning out and had invested everything, so his guidance became a huge part of this album.

NT: How did Deerhunter’s Cryptograms and Bowie’s Low influence your sound on this record and what other records were you listening to?

Ad’E: When that last album didn’t hit the critical mass, that was such a blessing in disguise. It was so crushing and demoralizing that I pushed it under a rug. I started to listening to music again and digging deep into my record collection. I was listening to Berlin-era David Bowie, Iggy Pop, Jean-Michel Jarre, Tangerine Dream, the Horrors, and Deerhunter, just the whole spectrum of music. And I started going about cutting and pasting what I liked tonality-wise from these records, and trying to figure out why I like them so much. Then I had to figure out how I failed to capture them on Day Fevers. I spent a year just researching tone and production, while racking up a lot of debt on my credit card buying analogue synthesizers.

The vocal effects on Halcyon Digest by Deerhunter for example, that cold, flat echo just drove me to varying degrees of obsession. I emailed Ben H. Allen who produced it, and asked him to give me some foresight on how they captured it. He sent me this giant email on the mics they used and other details. That got me more experimental and avoided the typical production go-to’s that you get to when you can’t afford anything besides laptop recording. I didn’t want plug-ins on my voice. If it took me 50 takes to get it right, then so be it. I didn’t want to comp takes from different recordings with digital reverb.