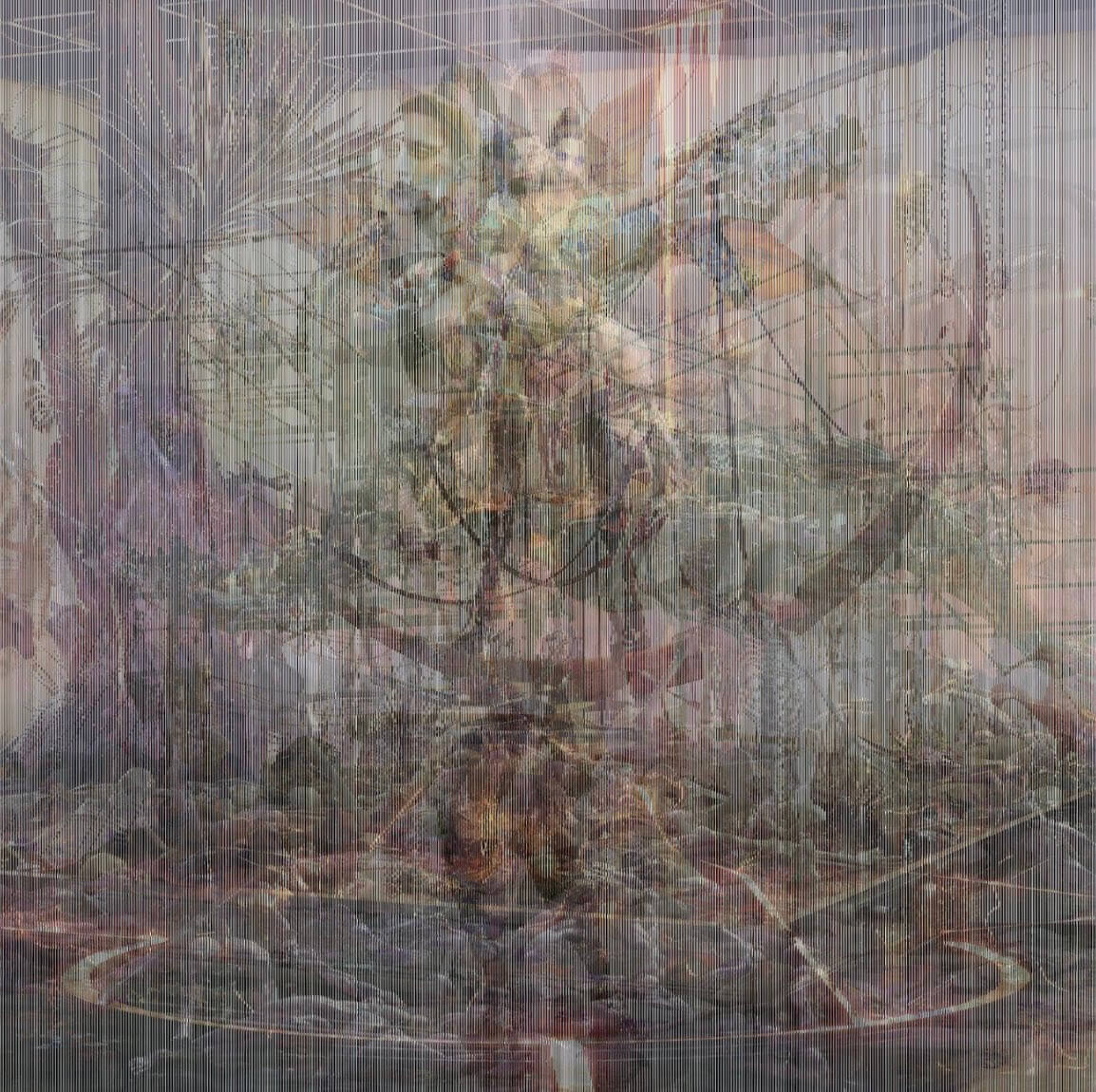 Artwork by: Damon Zucconi with featured images by Frederik Heyman and Carlota Guerrero
Share on TwitterShare on PinterestShare on PocketShare on RedditShare on FacebookShare on Email

To celebrate the anniversary of the release of the KICK series Arca asked her fans, via her mutants1000000 Discord channel, to create the definitive Kick compilation. The contest received thousands of submissions from her fanbase, the “Mutants,” with the final tracklist (see below) representing her fanbases’ favorite songs from the entire five-album KICK series.

Arca recently returned from a string of headline festival performances at Primavera in São Paulo, Santiago, and Buenos Aires. It was her first time headlining major festival stages in these cities since the release of her lauded KICK series. Not only did Arca command some of the weekends largest audiences in each city, she was greeted by hundreds of devoted Mutants upon her arrival, solidifying her rapid rise in the continent and as El Universal put it, “Muy esperada, sus presentación era uno de los actos musicales que mayor curiosidad le causaba a la prensa especializada/Highly anticipated, her presentation was one of the musical acts that caused the greatest curiosity in the specialized press.”

The past couple of years have been productive for Arca, she received her second Latin GRAMMY nomination for “Best Alternative Music Album,” opening Proenza Schouler’s Spring 2023 runway show in September, walking ahead of Kendall Jenner and she graced the cover of Purple Magazine’ 30th Anniversary issue in Loewe. She collaborated with MUGLER and Rick Owens on wardrobe for her mainstage festival appearances. She remixed tracks for Beverly Glenn-Copeland for “Let Us Dance” and Laurie Anderson for her timeless anthem “Big Science.” She announced MUTANT, a digital webstore that represents the product division of Arca and launched a new app with Chroma Studios called Lux Aeterna, which lets fans enter a digital audiovisual world to explore her art and partnered with CIRCA to launch Untitled, showcasing her paintings across a global network of screens in Los Angeles, Milan, Melbourne, New York, Seoul, Tokyo and London.