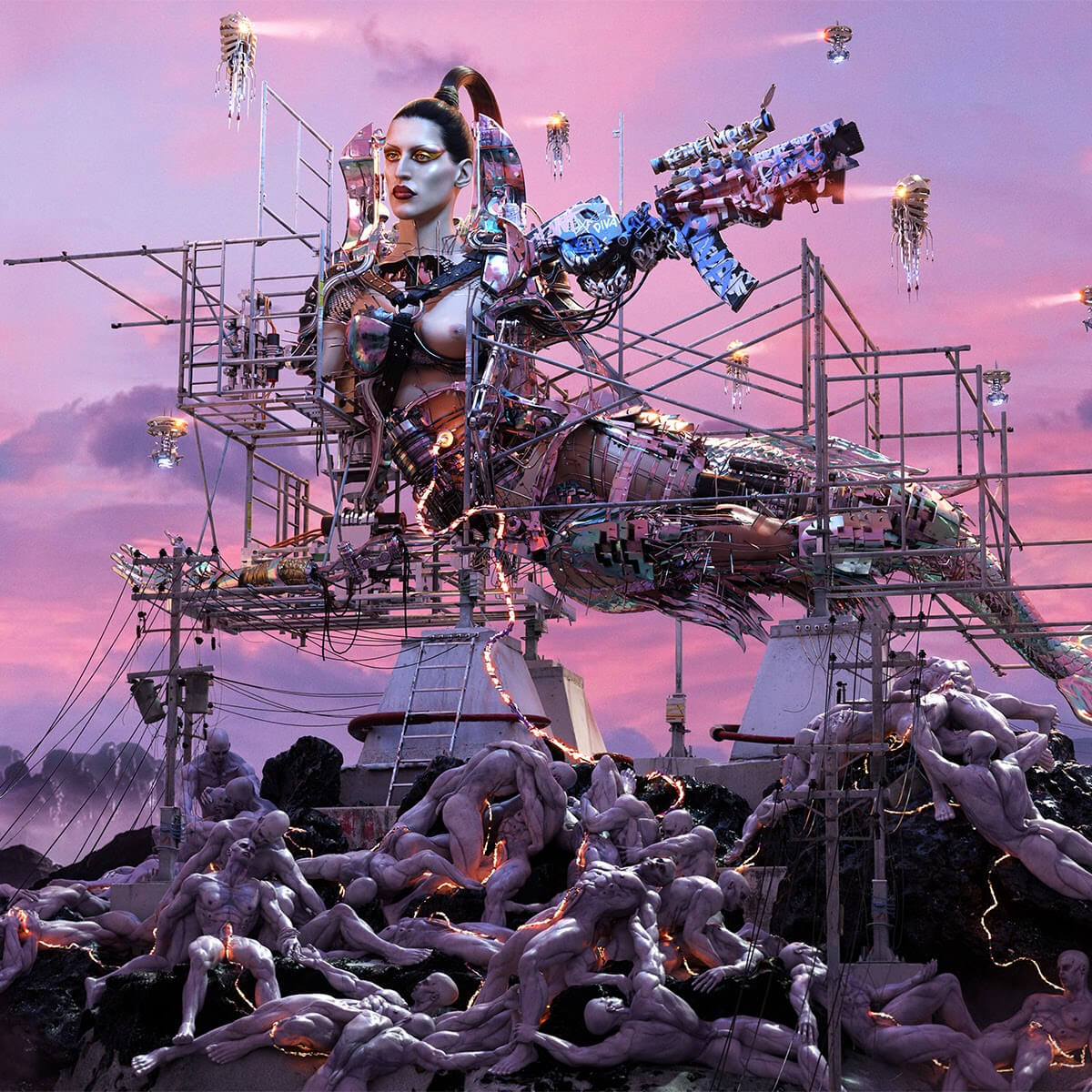 The KICK series by Arca continues with the announcement of the fourth, and final, album in the anthology: kick iiii. The album arrives on December 3 via XL Recordings, kick iiii, along with the recently announced albums KICK ii and KicK iii, will all arrive on the same day, joining the previously released KiCk i, to complete the cycle of the series. The series features new and former collaborators Including Oliver Coates, Planningtorock, No Bra and Shirley Manson. Premiering today is “Queer” featuring Planningtorock.

“kick 4 is an entry of sensual charge in the cycle; my own faith made into song, a posthuman celestial sparkle, psychosexual pulsewidth modulation, queering the void, abyss alchemically transmuted into a deconstruction of what is beautiful, it is a healing spell, recognition of the alien inside, a bursting apart of old skin, fresh new sinew rippling outward from a beating core, the first prenatal kick — proof that there is a sentience with a will beyond its creators’ control expressing itself from within the womb”

Last week Arca shared the details of KicK iii alongside a new video for the album’s second single “Electra Rex,” which followed the release of “Incendio.” Prior to that she announced the details of KICK ii and shared album tracks “Born Yesterday Ft. Sia” and “Prada/Rakata.” She also revealed the coalescence of the KICK series via the music visual for “Prada/Rakata,” the continuation of her work with artist Frederik Heyman (@@@@@, Nonbinary), that introduces an ambitious act of musical world-building that reveals Arca’s many mutations as an artist in a quantum superstate.

Quote from Planningtorock on “Queer”:

“I remember finding “Meditation” back in 2011/12 on Arca’s SC and becoming completely obsessed with the track. Then we finally met a few years later at a festival we both where playing in Krems, Austria and we instantly bonded. I threw my prosthetic nose into the crowd that night and found out later that it was Alejandra who had caught it. I love her so much and I’m so grateful she exists. The lyrics “Tears of Fire” and “Queer Power” are words I live by and where we connect. So proud to be duetting with her inside this gorgeous epic universe of a track, a queer dream come true????”