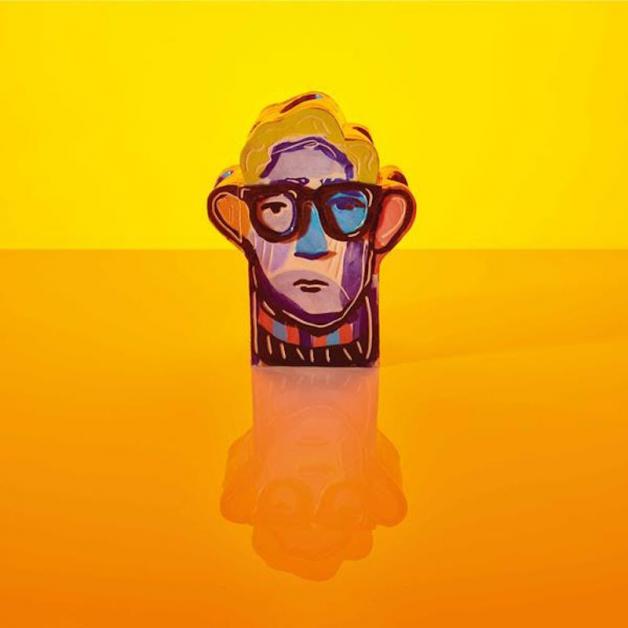 Alexis Taylor continues to explore his own sides of the world he brings in Hot Chip, with another solo record that decidedly dissects every facet of his writing. Bringing in the producing magic of Tim Goldsworthy (UNKLE, formerly DFA) there’s a serene beauty that really makes a lot of the tracks here work. Though some may see his pairing with Goldsworthy as an intriguing entry point into the record, there’s enough going on here to warrant its often demanding pacing.

Though it requires patience much of the album works through a subdued and slowly expanding tear of instrumentation. Tracks like “Dreaming Another Life” really nail the balancing act required to make this entertaining, as Taylor keeps the instrumentation just sparse enough to let each voice get its own focus. “Beautiful Thing” has a little more trouble making this all pay off, as its beat and bass grooves stay buried underneath a wave of sound for far too long, and track remains more abrasive than intoxicating. As it hits its second half however, it’s much easier to fall right into, but it really doesn’t do itself any favours by making listeners wait for so long.

“Deep Cut” stands out by its sheer disparate sounds, as it escapes so much of the claustrophobic production that hampers other tracks of the record. This tender and vulnerable writing shows Taylor’s hand and brings one of emotional touchstones of the album forward. The delicate evolution of “Roll On Blank Tapes” can feel like jazz at times, and dance at others, although it never seems to decide on exactly what it wants to be. This indecisive monotony keeps the track from really growing and makes lines like “Skateboarding was never really a crime” feel almost childish.

The grooves of “Suspicious Of Me” almost seem to bloom right out of “Roll On Blank Tapes” as a part II to the track that sheds its gestation for a pointed and directed dance track. Each harmony adds another bouncy feeling to the track, and you almost wish Taylor would push it that much further to give the song a few satisfying releases. Next to these wondrous sonic explorations, the stripped-back piano of something like “A Hit Song” can feel bland, as contrasting as it is. While Taylor really does bring his most emotional maturity on these tracks, the excitement tends to fall behind.

Out of its cacophonous electronic shrieks, “Oh Baby” has the most old-school pop feeling to it, that makes all of Taylor’s sound-work feel like a breath of fresh air. Blending its pop with a constant layering of voices and a real sense of love, this track stands out as true gem on the record. Out of any song on the record, “There’s Nothing To Hide” demands the most patience from its audience, as a sultry but all too simple guitar line finally cuts through its intro. There’s something lush in Taylor’s frail vocals here but it does tend to feel comically stretched out.

Hints of Jeff Lynne cut through the writing of “I Feel You” and let each of Taylor’s creeping vocals feel as nostalgic as they are cosmic. Once he finally lets the beat come in there’s such a soothing feeling that it’s more and more surprising as the track takes on darker shades in its finale. “Out Of Time” takes the extended and sparse luster that much of the album holds in the right direction. Using many brash sonic effects and a calm sense of place, the track feels just as cathartic as it is intriguing.