Adam Green premieres “Nature of the Clown” via VICE, ‘Aladdin’ out April 15 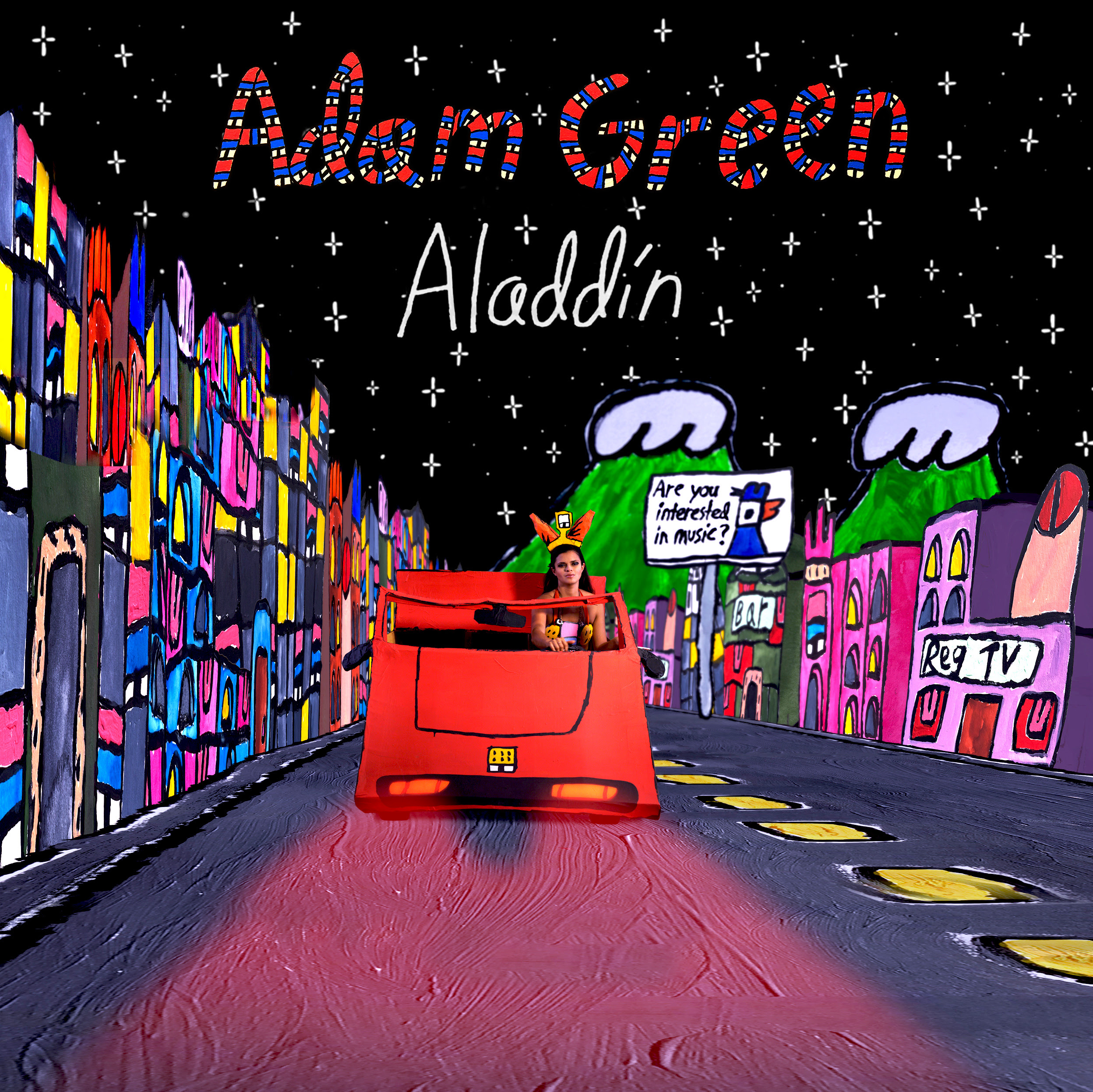 April 07 – NYC, The Hole NYC, Artshow of the Props and Sets from the Movie

April 08 – NYC, Artshow of the Props and Sets from the Movie at The Hole NYC

Renowned musician and filmmaker Adam Green shared his first full track and music video from Adam Green’s Aladdin, a hyper-sensory, poetic and humorously subversive take on the Classic Arabian Nights tale, written and directed by Green. The movie features a brand new soundtrack album composed and recorded by Green, who will be kicking off a worldwide ‘Aladdin Tour’ concurrent with the film and album’s release in Spring 2016.

The film is a modern day version of Aladdin, with Green starring as the titular character, and explores the recesses of Green’s symbolic imagination wherein the lamp is a 3-D printer, the princess is a decadent socialite, the planet gets a sex-change and its population prints out an analogue version of the Internet.

“With Aladdin, I wanted to create a single and unified experience to showcase my music, art and writing,” said Adam Green. “When creating Aladdin, I approached the script like it was a song. It has been the creative journey of a lifetime, and I’m so excited to put this out!”

The fantasy film stars an ensemble cast featuring some of New York’s biggest arts, music, and film talent, including:

The movie was filmed entirely with handmade paper-máche sets, with more than 500 props and 30 rooms constructed out of phone books, newspapers, glue, and house-paint. The satirical odyssey revolves around Aladdin’s dysfunctional family, who live in an ordinary city ruled by a corrupt Sultan and explores themes of technology, government repression, greed and true-love.

Adam Green is renowned around the globe as one of music’s most unique and prolific songwriting talents – his songs have been performed by artists as diverse as The Libertines, Carla Bruni, Kelly Willis, Dean & Britta, and Will Oldham. A New York native, Green was just 17-years old when he recorded and released his first album. As part of the downtown antifolk scene at the end of the nineties he made up one-half of The Moldy Peaches, who enjoyed belated mainstream success via the Grammy-winning, #1 Billboard Chart ranking soundtrack of the 2007 Academy Award-winning movie Juno. As a solo artist Green has recorded 9 albums, many of which have become cult hits. His 2005 record Gemstones went Gold in Europe.

His eruptive bursts of creativity have led him into the world of movies and visual arts – staging exhibitions across Europe and America, most recently at LISTE art fair in Basel. He also found himself writing/producing/directing and acting in The Wrong Ferrari (2010), a “screwball tragedy” which was the first feature film shot entirely on an iPhone. It has since been featured in the curriculum of NYU’s Tisch Film School. Rolling Stone magazine described it as “Fellini on Ketamine.”

He’s currently completing his second feature film Adam Green’s Aladdin – an immersive fantasy film starring Macaulay Culkin, Natasha Lyonne, Alia Shawkat, and Francesco Clemente – with Green playing Aladdin. The subversive and dazzling art-film was shot entirely on papier-mache sets. The story is a modern day version of Aladdin wherein the lamp is a 3-D printer, the Princess is a decadent socialite, the planet gets a sex-change, and its population prints out an analogue version of the Internet.

In 2015 Adam began a collaboration with Mich Dulce making a line of hats inspired by his artwork and the Aladdin movie. The designs incorporate elements from his HOUSEFACE symbolic alphabet, a group of reduced cubist pictographs gleaned from the facial features of the popular cartoon characters Garfield, Big Bird, and Elmo. In January of 2016 he will exhibit the art from Adam Green’s Aladdin at the Fondation Beyeler Museum in Basel, Switzerland.

Of his now multifaceted career Green, says: “You know how people are always looking for a unifying theory? I was looking for a unifying theory of artistic expression. I was trying to create some kind of fluidity within my music, art, writing. If you listen to my songs, you see they’re kind of cartoonish. I try to make songs like my paintings. When creating my movie, I approached the script like it was a song.”